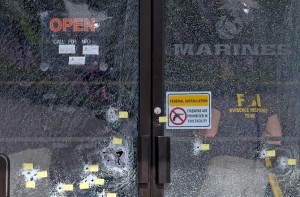 According to reporting from The New York Times, some of the Marines killed in the Chattanooga shooting were killed trying to draw the gunman’s fire away from another, larger group of innocent bystanders.

“Some of the Marines who were shot to death last week in Chattanooga, Tenn., effectively sacrificed themselves to save the lives of others, diverting the gunman away from a larger group of potential victims, according to a law enforcement official briefed on the investigation into the killings,” reports New York Times reporters Richard Pérez-Peña and Matt Apuzzo.

“This could have been a lot worse,” they quote the anonymous official as saying. “It could have been a horrible, horrible massacre — so much worse.” Officials are expected to give a fuller account of the shooting, perpetrated by Muhammad Youssef Abdulazeez, in a Wednesday press conference.

Previous [PHOTOS] Dude asks Internet to photoshop bigger fish for his GF, Internet responds in the most funny way!