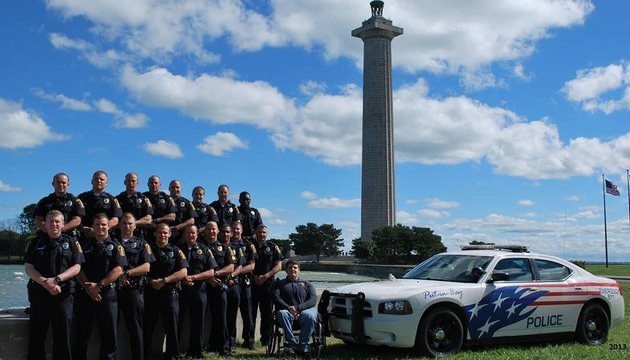 A lawsuit has been filed against a Ohio police department after its chief allegedly covered up rape cases and called the victims whores, according to court documents.

Put-in-Bay Police Chief Robert Lampela, 53, was named in two lawsuits filed on Friday, at the U.S. District Court in Toledo. Lampela is accused of looking the other way when one of his officers used “roofies” to drug and rape two female cadets, and then threatened the victims and covered up the crime, according to the Sandusky Register.

The alleged crimes are 12 years old and haven’t been prosecuted, but the details are just coming to light after Put-in-Bay Police Chief Robert “Ric” Lampela was named in lawsuits filed Friday in the U.S. District Court in Toledo.

The documents filed separately by the women charge that Lampela, 53, wouldn’t allow them to file criminal complaints after they were drugged and attacked in 2003 on the Lake Erie island.


Lampela allegedly harassed them repeatedly when they complained, held a gun to one cadet’s head at her home and said he was the “God of Put-in-Bay and could make or break” their careers.

When one of the cadets allegedly got a verbal confession from their attacker, Lampela responded that “No whores are going to take down my department,” and “Who do you think they will believe, you or the chief of police?”

Lampela was reportedly suspended with pay in March, and the Put-in-Bay Village Council will hold a vote in August to decide whether he should be fired.

Next [PHOTOS] Dude asks Internet to photoshop bigger fish for his GF, Internet responds in the most funny way!