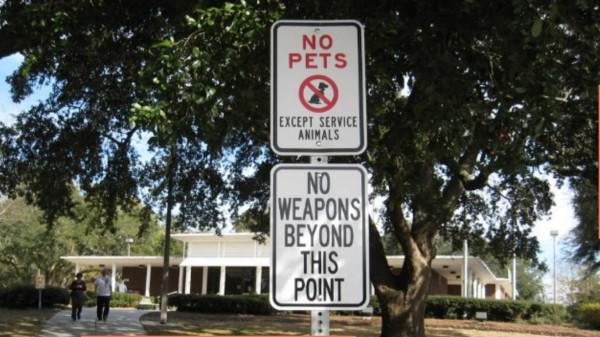 A year and a half ago, I wrote about the illegal “No Weapons” signs at rest stops in Alabama.  The Alabama Department of Transportation doubled down and declared the signs legal … because.  Yesterday afternoon, Friday, the 24th of July, 2015, Governor Bentley stepped up to the plate and ordered the signs taken down.  From YellowHammerNews.com reporting the Governor’s tweet:

Good for the Governor. He knows how to count. He is also keeping his campaign promises from 2010:

Governor Bentley is a Republican.


Previous It is Hard Work Keeping the Anti-Gun Dream Alive

Next MSNBC’s Poll Shows Support for Carrying Guns in Public