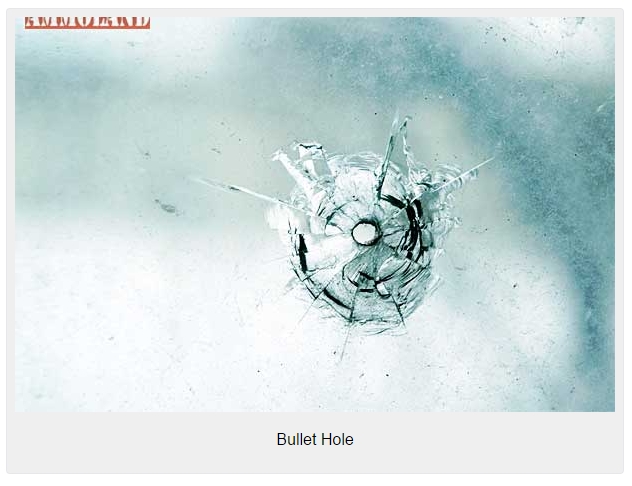 An armed civilian in his 20s, on volunteer guard duty, unintentionally fired a shot from his AR in OH. Unnecessary Gun-Handling.

Fortunately, the muzzle was pointed downward at the time, and the single errant bullet hit the pavement.

It made a divot, but caused no additional damage nor injuries. The incident took place outside a military recruiting center.

Someone apparently had asked to look at his AR. The voluntary guard, while attempting to comply with the person’s request, was in the process of “unloading” his rifle when the negligent discharge (ND) occurred.


Openly armed citizens started showing up at this and other military recruiting centers, acting as voluntary armed guards, in the wake of last week’s massacre of unarmed USMC and USN personnel at another recruitment center in Chattanooga, TN.

The Pentagon’s “solution” to such recurring massacres of unarmed troops is to strip them of their uniforms and tell them to “pull the shades.” I only wish they weren’t so predictable!

The voluntary guard in this case will face misdemeanor charges.

Last week, a USN recruiter in Atlanta was responsible for a similar ND, this time with a personally-owned 1911 pistol. He was in the middle of a “safety lecture,” displaying to another sailor his “unloaded gun.” As he reholstered, he shot himself in the leg! His physical injuries, at least, were not serious. We understand the remainder of the “safety lecture” has been postponed indefinitely!


The foregoing are two examples are why we teach our students not to handle guns unnecessarily, regardless of their supposed “condition.”

Concealed guns stay concealed, out of sight and out of conversation.

In the former case, the correct response to casual questions about an openly-carried rifle, is:

In the latter case, had the pistol in question simply remained in its holster and not touched, nor discussed, there would have been no incident, of any kind, and the media would have had nothing to talk about!

Our military’s love-affair with never-ending gun-handling, the vast majority of it serving no legitimate purpose, generates NDs on a regular basis.

These unnecessary and unsafe procedures are a direct result of:

Personnel thus “trained” may know something about how a gun operates, but won’t have a clue with regard to how to live with one on a continual basis, nor how to actually integrate it, boldly and fearlessly, into his daily, personal security routine.

Instead, we run sterile, boring, cold ranges, even then only rarely. All the time, troops (all ranks) are told they can’t be trusted with guns. Guns, even in active combat zones, are only rarely loaded (at least intentionally), endlessly “unloaded,” and almost never carried in so-called “safe” areas (which are arbitrarily declared in an effort to disarm troops).

The result of our current philosophy:

“When you don’t know where you’re going, any path will take you there!” ~ Anon

Next Obama: Guns a Greater Threat Than Terrorism