A man paid a big price after forgetting bug spray.

Redditor NPea777 shared the photo of his friend’s back following a night doing something outdoors, which is seen covered in large bug bites. The bites are visible in nearly every part of his back, and are especially prominent on his left shoulder. Parts of his arms are also covered in bites.

“Looks more like allergic reaction/hives,” one Redditor commented in response.

“I’m allergic to mosquito bites as well, they get just about as worse as the dude in the picture, nearly like spider bites on me. They leave bruises for weeks after,” another replied.


Check out the grotesque bug bites below. Do you have a similar reaction to mosquitos? 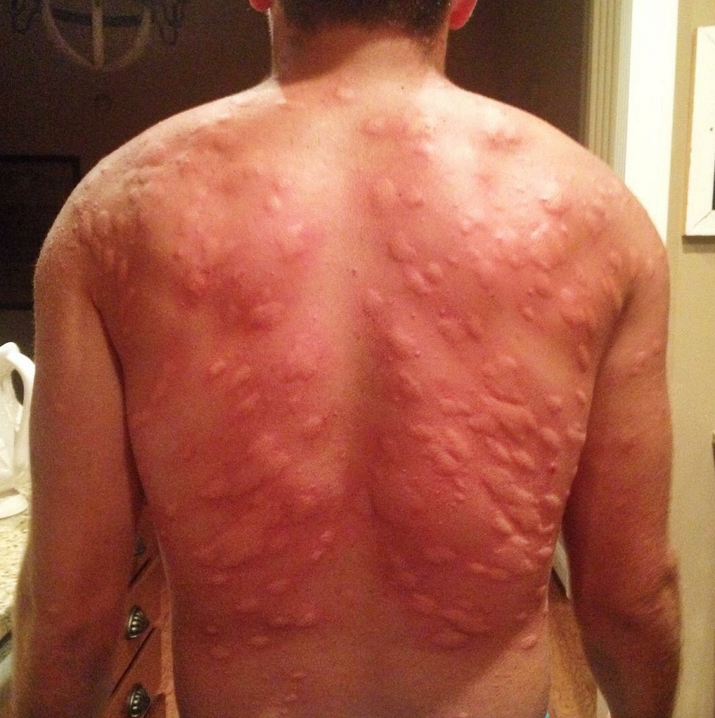