Kim Kardashian has starred in a fair few campaigns over the years – but this might just be her most bizarre yet.

The reality star channels Marie Antoinette and Audrey Hepburn as part of her campaign for the drink company, Hype Energy.

Kim is seen riding a bike a la Audrey dressed in a turtleneck top and with a blunt fringe.

As she falls off the bike and lands on the floor a dazed Kimmie then embarks on a dream where she is seen dressed as the rebellious Marie Antoinette – complete with a pale complexion and a blonde wig.

She is seen in full fancy-dress and fanning herself while laid out on a chaise lounge.

Elsewhere in the video North’s mum is seen flaunting her curves in a leather dress and a pair of thigh-high boots with laces.

And she also rocks the controversial cornrows hairstyle which her sister Kylie Jenner was slated for recently.

Mrs West takes a swig from a bottle of Hype before flashing some killer cleavage in a low-cut white top with her hair slicked back for another shot.

We’re not quite sure we’re feeling this shoot, Kim, it’s no Vogue Spain. 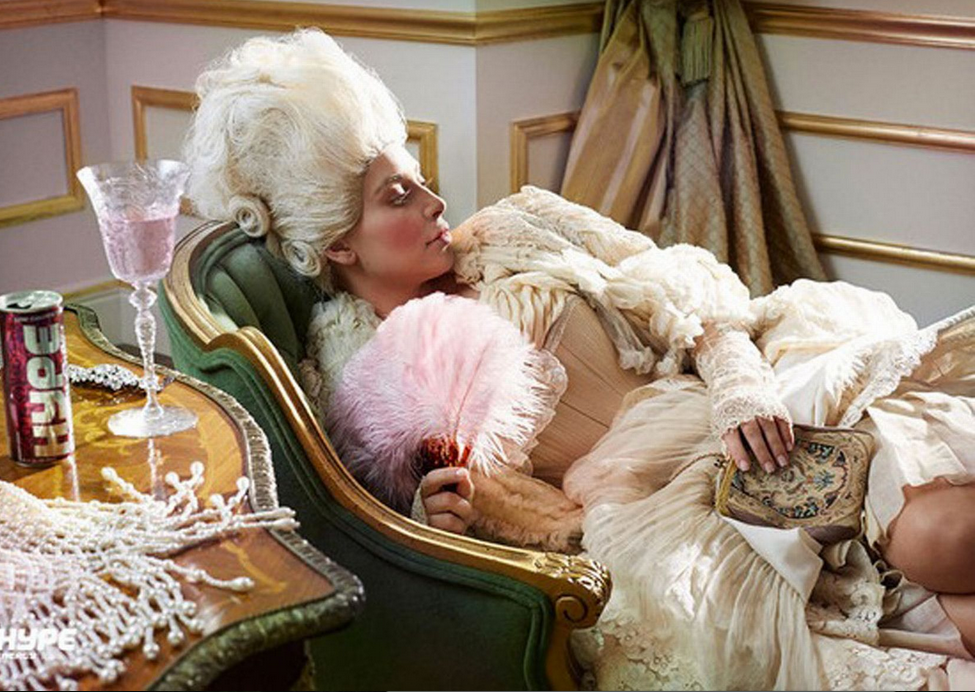 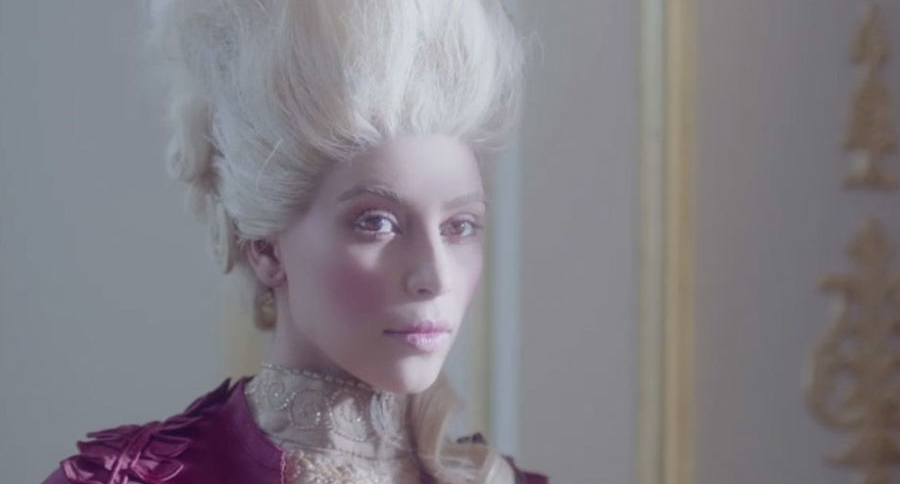 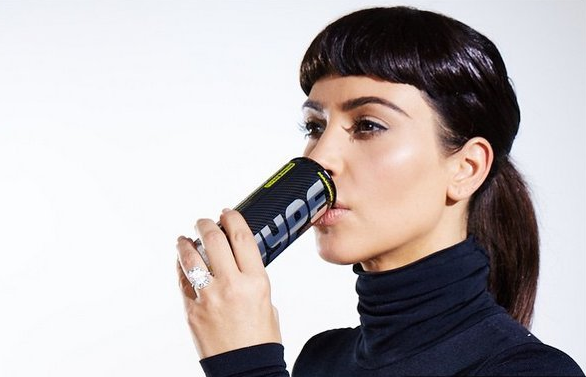