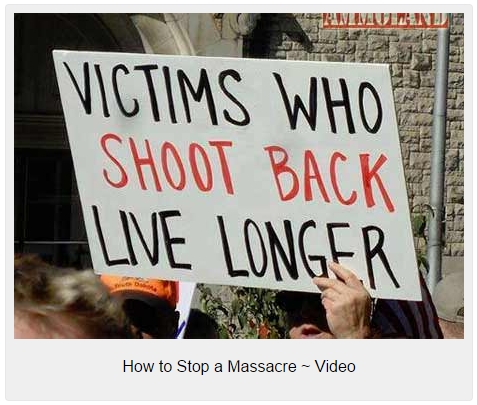 Did an armed serviceman deliver the killing bullet that stopped the Chattanooga terrorist gunman?

Pratt discusses this and other questions such as: Have there been would-be massacres that were stopped by armed civilians; what are the chances (and the strategy) for passing legislation to repeal gun free zones; and how will the gun issue affect the presidential race?

About: Gun Owners of America (GOA) is a non-profit lobbying organization formed in 1975 to preserve and defend the Second Amendment rights of gun owners. GOA sees firearms ownership as a freedom issue. “The only no comprise gun lobby in Washington.” – Ron Paul

Next [VIDEO] I Don’t Trust The Obama Government