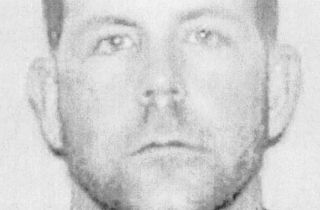 An Alabama police officer was caught on a secret recording as he talked (and swore) about killing an African-American man and making it look like self-defense.

The Guardian reported on how Officer Troy Middlebrooks talked about Vincent Bias, a black resident of Alexander City who Middlebrooks arrested on drug charges. He was released on bail, but his white brother-in-law ended up recording some choice words Middlebrooks had for Bias when he came to his house.

“I would fucking kill that motherfucker with whatever I had in that fucking house,” Middlebrooks said. “And before the police got here, I’d fucking put marks all over my shit and make it look like he was trying to fucking kill me. I goddamn guarantee you. What would it look like? Self fucking defense. Fuck that piece of shit.”

Middlebrooks even told the brother-in-law, “The way he fucking talks to you? Like you’re a fucking child? Like he’s your… Are you his bitch or something? He talks to you like that.”

The recording was brought to the attention of city leadership. Bias brought a lawsuit, but the city settled out of court and Middlebrooks was reportedly disciplined (but not let go).

Police chief Willie Robinson defended Middlebrooks, saying, “He was just talking. He didn’t really mean that.” He claimed that Middlebrooks wasn’t saying he would do that, merely suggesting what he would do if he was Bias’ brother-in-law.

Middlebrooks did not give an on-the-record remark, simply saying he was cleared by a state inquiry.

Listen to the audio below, via The Guardian:

Next The Planned Parenthood Debacle: Here's How You're Already Paying For Free Birth Control, TWICE! Republican Smoke And Mirrors