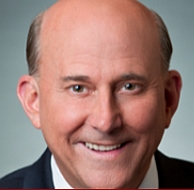 Because gay couples wouldn’t be able to reproduce while stranded on a remote island, they should not be allowed to legally marry and receive the same state benefits. So goes the logic according to Rep. Louie Gohmert (R-TX).

According to audio posted by Right Wing Watch, the staunchly social conservative lawmaker declared at an Eagle Forum event in Washington, D.C., last week that several Supreme Court justices ought to be impeached because of their participation in legalizing same-sex marriage, “forget[ting] what Jesus said God said” about such relationships.

He offered his own thought experiment for the largely student-based audience:

Do you agree with Rep. Gomert’s reasoning? Leave us a comment below.

Previous [WATCH] TRUMP: Obama Has Done Nothing for Blacks, I Would Win Their Vote