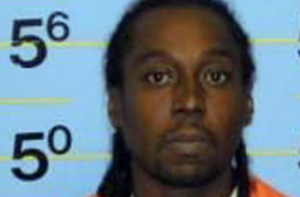 St. Louis man Kevin Labriado was arrested Monday for intentionally ramming a police cruiser, yelling afterwards that he did it on behalf of “black people.”

There appear to be conflicting reports about whether or not there were any officers in the car at the time. Local CBS affiliate KMOV reports that “two St. Louis City officers were inside the police unit,” while St. Louis Post-Dispatch reports, “The two officers in the car, 33 and 25 years old, were on patrol at the time and believed it was an accident until Labriado struck their squad car a second time.”

Police reportedly caught up to Labriado after he struck a fire hydrant while fleeing. “This is for the black people,” he yelled as he was being arrested.

Labriado’s five-year-old daughter was in the car at the time. In addition to second-degree assault on a law enforcement officer, he’s also been charged with child endangerment.