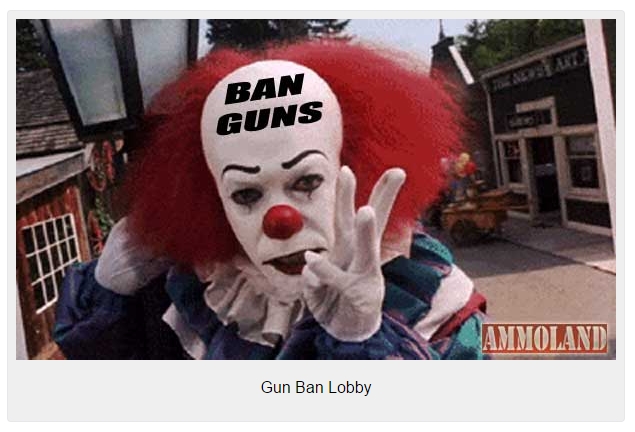 If you follow the rights issue at all, you have undoubtedly seen claims from members of the anti-rights crowd insisting that “No one wants to take your guns!”

We’ve heard this for years – decades – as enemies of liberty have leveled a ceaseless barrage of attacks on our rights.

The drum-beat got particularly loud during Obama’s first presidential election, and has continued to gain volume and intensity since then.

Included in the meme is the idea that gun owners are paranoid, being misled by the “gun lobby,” usually misidentified as the NRA. The “gun lobby” is accused of irrational fearmongering, seeing threats where none exist, and fighting against “reasonable, common-sense, gun violence prevention efforts,” all for the sake of protecting the outrageous profits of the massive firearms industry.


I’ve recently read several pieces from very different sources all repeating the exact same talking-points, loudly proclaiming this “truth,” and berating “gun huggers,” “ammosexuals,” and good old-fashioned “gun nuts” for intransigence in the face of the prohibitionists’ self-declared non-threat. The language they use is much too similar to be coincidence. They are clearly working from the same playbook, but some can’t help allowing some actual truth to slip into their rants. 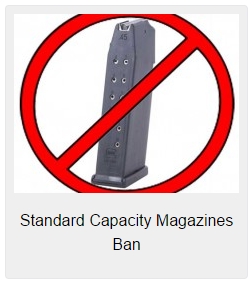 In recent pieces, several writers insistently repeated the mantra: “No one wants to take away your guns,” or “Obama isn’t trying to take your guns,” in bold-faced capital letters with plenty of underlining and exclamation points for emphasis, followed by some statement that all they want to do is “keep dangerous weapons away from dangerous people,” and ban “assault weapons,” automatic and semi-automatic firearms, “high-capacity magazines,” and other weapons most frequently used by mass murderers and criminals.

Like Bill Clinton’s famous distinction about honesty being dependent upon your personal definition of what “is” is, rights restrictors suggest that as long as they’re not calling for a ban on all of our guns, we’re just paranoid.

With that in mind, let’s look at which guns, ammunition, and related products they have specifically advocated taking away or restricting in recent years. Their current list includes “assault weapons,” which they have a very difficult time defining, “high-capacity magazines,” which are also very flexibly defined, and .50 BMG “sniper rifles,” which they tell us are capable of shooting down airplanes. 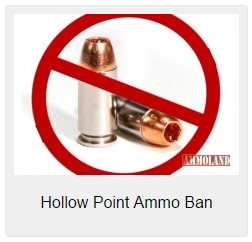 In the recent past they have also attempted to ban handguns with plastic or polymer frames, handguns made of light-weight metals, handguns that are too small since they are “easily concealable,” and handguns that are large and “too powerful.” In fact, there have been numerous attempts to ban handguns completely. The Brady Campaign to Prevent Gun Violence was originally formed as the National council to Control Handguns before changing its name to Handgun Control, Inc., before finally shifting to their current moniker. TheCoalition to Stop Gun Violence changed their name from the National Coalition to Ban Handguns, not because they stopped wanting to ban handguns, but because they also wanted to ban “assault weapons” and other guns they say are too dangerous for the public to own.

They have already effectively banned full-auto firearms, rifles and shotguns that are too short, and handguns that are too long, imports of most military surplus firearms, and any gun that doesn’t really look like their idea of a mid-century hunting rifle. Laws have been passed in California and New Jersey respectively banning all semi-auto handguns that don’t include a mechanism for marking the expended case with the gun’s make, model, and serial number, and any handgun that isn’t able to automatically detect whether the person attempting to fire it is an “authorized user”. Neither of these technologies actually exists in a reliable, workable form.

And they are actively trying to make it illegal for a hobbyist to make a gun in his own garage. 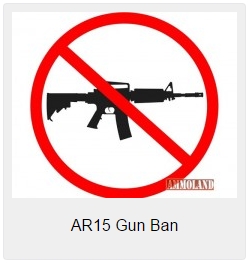 In short, they only want to ban any gun that is too big, too small, too powerful, too accurate, too long, too short, too loud, too quiet, or can fire too many rounds too quickly. And it is they who want to define what “too” is. They have tried to ban virtually every firearm ever made or conceived, and have mandated technology that doesn’t exist, is seriously flawed, or is outrageously expensive. They have also proposed exorbitant taxes, fees, and insurance requirements for purchases of firearms and ammunition, placing them out of reach of ordinary Americans.

So the truth is, no one wants to take our guns away. They only want to take away or severely restrict the guns they don’t like. But it turns out that those guns are the ones we own, and especially the ones we prefer. Once all of those are banned or tightly controlled we can expect them to begin pushing for prohibition on whatever might be left, just as they have in England and Australia.

No one wants to take away our guns. We’re just being paranoid.

Next With Nincompoops in Charge Lawlessness Runs Wild