Sometimes cops can be pretty clueless but then there are times when they are actually clever and on top of their game. The flier below was posted by a Kentucky sheriff’s office in an attempt to catch drug dealers by using their competition to rat them out. 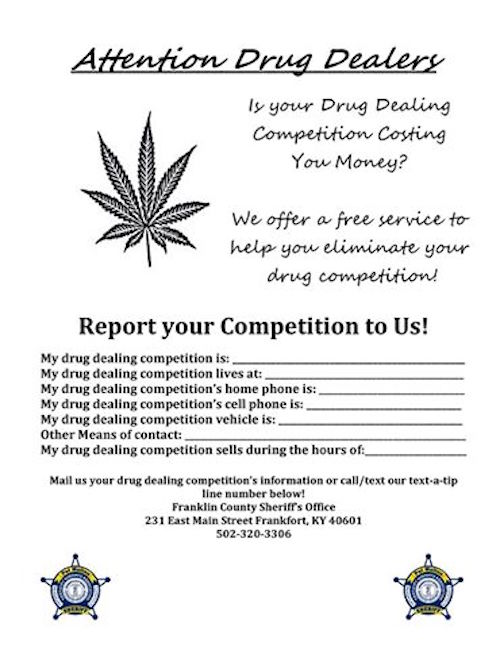 Sheriff Pat Melton of Franklin County, Kentucky, posted an image of a flier asking drug dealers to submit information of their competition in order for the cops to “help them” take down their competition. Of course this is all tongue-in-cheek, but you’d have to imagine some people will take the bait…at least someone on drugs probably will.

Melton got the idea from a similar post by a sheriff’s office in Georgia, so he posted his own on his sheriff’s office Facebook page and the post blew up, going viral with more than 2,000 shares. 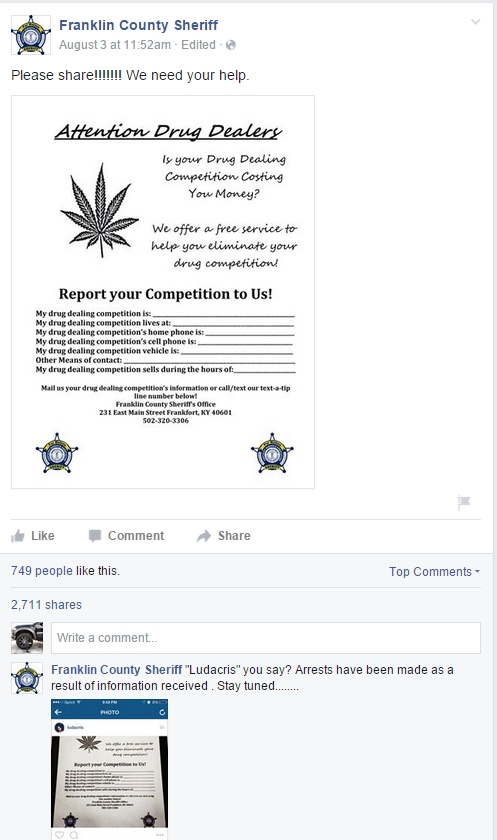 The idea of physically writing and mailing something might put drug dealers off more than actually turning in a competition’s information but criminals are the sharpest tools in the shed, either.