A lesbian couple claimed they were victims of a hate crime when their home was spray-painted with anti-gay slurs.

Carol Ann Stutte and Laura Jean Stutte were left homeless after their home burned down in what they claimed was a hate crime.

The couple of Vonore, Tennessee, filed a complaint against their neighbor, Janice Millsaps, saying that she threatened to kill them and burn their house down.

However, their neighbor was never arrested as there was no evidence to their claim.

The target of their stunt was Janice Millsaps, a neighbor whom the Stuttes accused in news reports and a lawsuit of threatening to kill them and burn their house down.

“Do you know what is better than one dead queer? Two dead queers,” is what the Stuttes accused Millsap of saying one month before the Sept. 4 blaze that destroyed their home.

The word “queers” was scrawled across their garage during the fire. 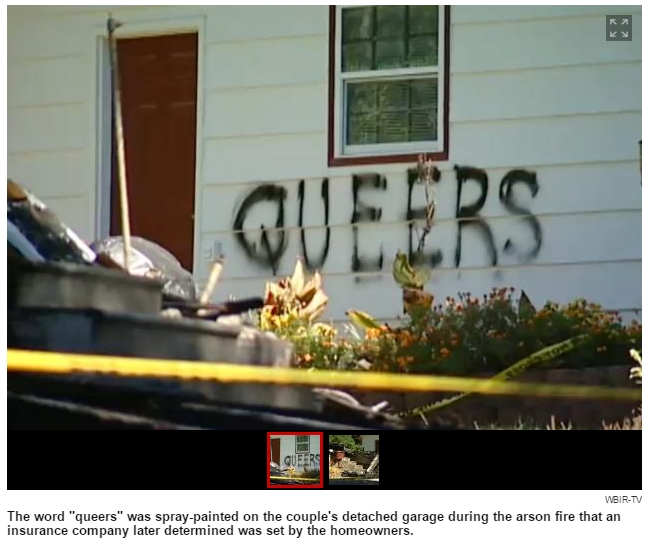 Their insurance company caught on to them months after the fire and accused the couple of perpetuating a hoax and blaming the fire on their neighbor.

The homeowners intended to cash in on a $276,000 insurance claim.

Now, a jury in U.S. District Court, returned a verdict in favor of American National Property and Casualty Company.

The jury believed the insurance company’s claim that the couple spray-painted the anti-gay slogan on their own home to spin the fire as a hate crime based on their sexual orientation. 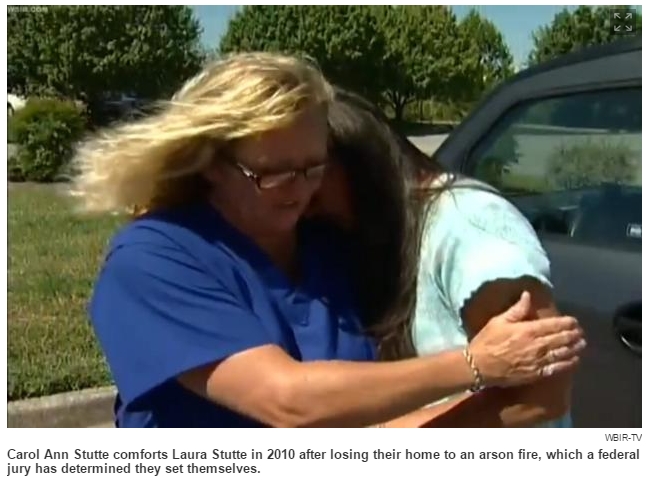 The alleged hate crime garnered sympathy for the residents of the small town from a local PFLAG chapter after Laura Stutte described knowing who the arsonist was two weeks after losing their home.

“We know who wrote those threats,” Stutte told the Metro Pulse. “Anyone who could go so far as to paint those hateful letters and burn someone else’s house down, they are really disturbed.”


Previous Hammer: It’s Not about the First Amendment

Next [VIDEO] Drunk Police Officer Breaks Into Neighbor's Home, Then Pisses Himself Before Going To Bed