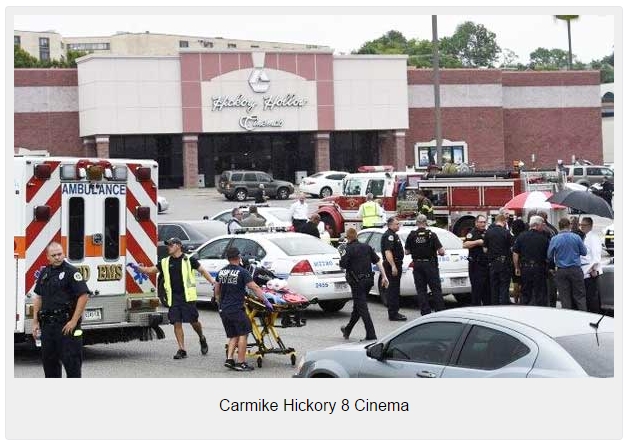 On August 6 2015 – the day after Vincente David Montano allegedly attacked the Carmike Hickory 8 Cinema in a Nashville suburb– CNN admitted that the gun used in the attack was not real but suggested the gun proves the need for more gun control regardless.

Breitbart News previously reported that Montano was allegedly armed with a hatchet, pepper spray, an Airsoft gun, and a fake bomb.

In reporting the story, CNN reported Montano allegedly carried “what looked like a real semi-automatic pistol” but wasn’t. Yet they stressed that the fact that the gun was a toy does not prevent the attack from having the desired effect on the American psyche and that it is time for the “gun lobby” to loosen its hold on businesses so more gun laws can be enacted.

CNN observed, “Who among us will not carry in the back of our minds — as we settle into our seats in a darkened roomful of strangers — that anything is possible in a society so saturated with guns.” They added that the attack with the toy gun was effectual because it was not an “aberration” from the “ongoing reality” of gun violence in America.


They claimed the attack is another reminder that “American business has failed to seriously engage with the negative effects of gun violence on national well-being, productivity and prosperity.”

CNN did not mention the fact that Carmike Cinemas was boycotted in the past for their gun-free policies nor they point out that Newton Action Alliance honored Carmike for showing “corporate responsibility” by banning guns. According to Second Amendment Check, Carmike not only banned guns in its theaters but justified the policy by pointing to the Aurora theater attack carried out by James Holmes. Ironically, the Aurora theater Holmes targeted was also a gun free zone.

Previous Obama v. Bibi – A Fight to the Finish