When it comes to vying for the U.S. presidency in the modern era, selfies are more powerful than speeches. Hence why practically every GOP candidate has already made sharable content with the likes of BuzzFeed and IJReview, and why Hillary Clinton posed for a selfie with Kim Kardashian and Kanye West.

There’s a number of reactions you might be having to this:

Kardashian and West attended a fundraiser on Thursday night in Los Angeles to support Clinton’s 2016 campaign. After Hillary’s speech and the evening’s main programming, she spent some time with the reality star and her famous rapper husband.

Basically, Fox News has Kim to thank for their latest round of non-debate talking points.

Check out the selfie below, courtesy of Kim Kardashian: 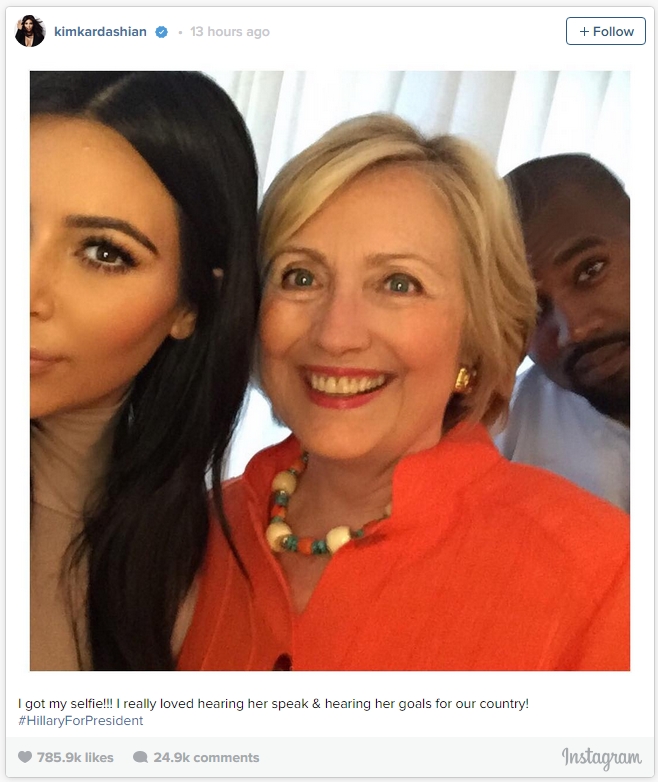 Previous [PHOTOS] 17 of the most EPIC plastic surgery FAILS!