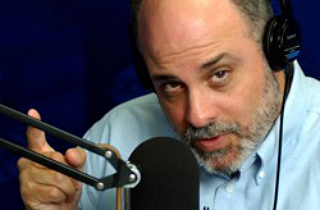 Mark Levin said on his radio show today that he’s not “trashing” Fox News or Megyn Kelly for last night’s GOP debate, merely giving his take as someone “very serious about what’s going on in this country,” but it’s clear he was pretty frustrated, even angry, with how the whole thing turned out.

It drove Levin crazy that at a forum that was supposed to be about issues important to salvaging America’s future, the first hour was a “reality TV show” because of Fox’s “ratings agenda.”

He said there was a fundamental “unseriousness” and “disrespectfulness to candidates who deserved better” from the moderators, especially when it came to the question that really set him off: Kelly confronting Trump about nasty things he’s said about women.

Levin said of her question, “I’m getting tired of these lies and these attacks on Trump. I don’t like bullies.”

He played audio of Rosie O’Donnell mocking Trump and said there was crucial context to Trump’s “cherry-picked” remarks left out of the question.

Listen to the full audio below, via The Mark Levin Show: