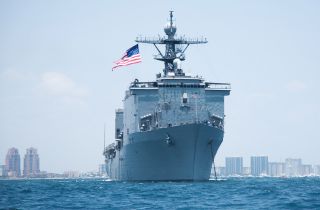 The United States Navy is planning to place armed guards at all of its reserve centers weeks after four Marines and a sailor were killed at a reserve center in Chattanooga.

Multiple news outlets have reported today that the Navy sent out an email to reservists to try and recruit volunteers for “armed sentry watchstander duty” starting later this month.

It is normally the policy that individuals at reserve centers and recruitment centers are not armed, but the Navy is now taking action on the former (with potential discussion about the latter).

After the Chattanooga shooting, the security level at bases across the country heightened, and there have been armed civilians coming to these centers to try and protect the people inside, but recruiters have been told to call the cops because these well-intentioned people’s presence “will be counterproductive to our recruiting operations.”

Next [AUDIO] Mark Levin Goes Off on Fox, Megyn Kelly over Debate: They Had "Ratings Agenda"