Donald Trump has been having kind of a meltdown today over last night’s Fox News debate. He repeatedly ripped Megyn Kelly for asking “unfair” questions, re-tweeted someone calling her a “bimbo,” and went after Frank Luntz for cobbling together a biased focus group because that’s the only explanation for why they didn’t all LOVE him.

Trump has been re-tweeting all sorts of praise today, but this afternoon he continued ranting against Fox News and Charles Krauthammer on Twitter: 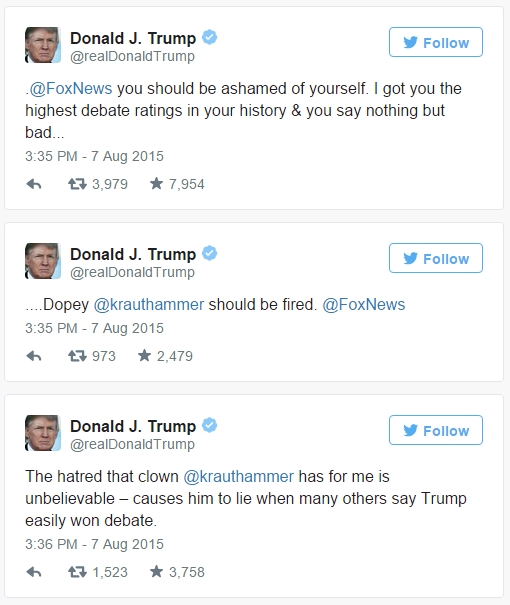 And if you’re wondering why Trump’s signaling out Krauthammer, the Fox contributor’s immediate reaction to the debate was to call it “the collapse of Trump.”

Next REBEL RECALL: Citizens of Virginia Required To Turn in Confederate-Themed License Plates