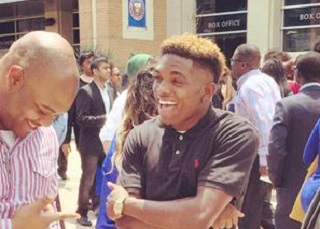 Christian Taylor, a college sophomore and defensive back for the San Angelo State University football team in Arlington, Texas, was shot and killed by police during an alleged robbery attempt.

According to the Arlington Star-Telegram, officers were sent to a car dealership when a third party security company noticed a suspect on the premises via exterior cameras. Police spokesperson Sgt. Paul Rodriguez told the paper that the company had dialed 911:

Rodriguez said police arrived to find that Taylor had used a vehicle to crash through glass in the front of the showroom.

“The officers went and confronted him. There was an altercation. An officer discharged his weapon and struck the suspect,” Rodriguez said.

Taylor, who was pronounced dead at the scene at 1:47 a.m., was not armed, Rodriguez said.

The officer who shot Taylor, 47-year-old trainee Brad Miller, has been placed on administrative leave per department procedure for whenever deadly force is utilized in the field. Meanwhile, Rodriguez told reporters that two independent investigations of the matter — one criminal and the other administrative — were currently ongoing.

However, the truthfulness of what the officers present has already come under suspicion — mainly because footage of Taylor participating in “criminal activity” exists, while none shows the altercation nor the shooting that followed. Plus, while the department will soon be implementing a body camera program, none of the officers on the scene were wearing any.

There’s also the matter than Taylor has no history of major criminal activity. He was “sentenced to six months’ deferred-adjudication probation” in December 2014 after a September 2013 traffic stop, during which he was found to be in possession of 11 hydrocodone tablets without a prescription. Otherwise, Taylor’s record is clean.

Watch the report from USA Today:

UPDATE – 5:00 P.M. E.S.T: Taylor’s family and online commentators have quickly voiced their reactions to what some are calling suspicious circumstances surrounding his death. 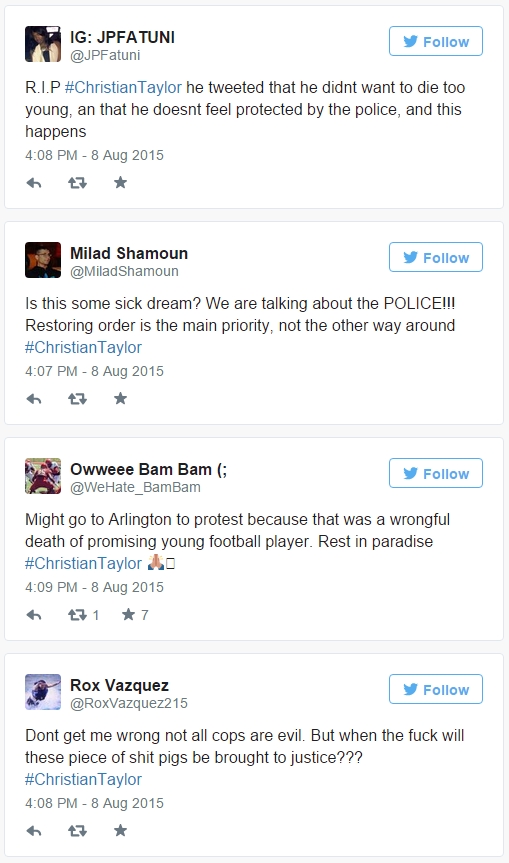 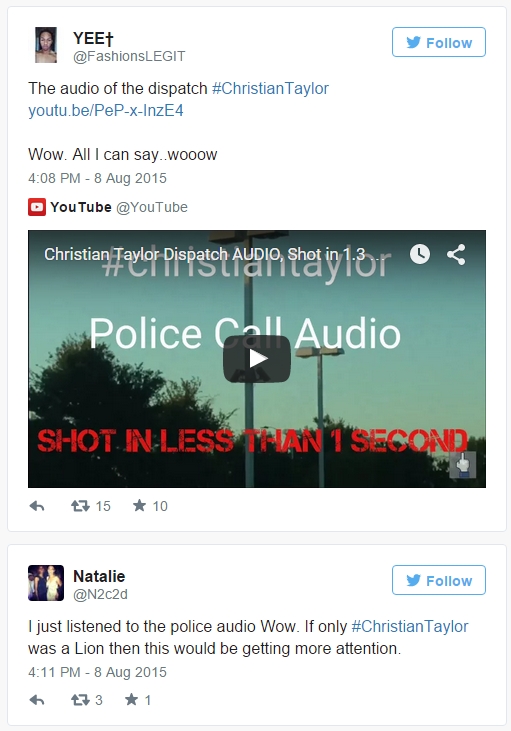 The Star-Telegram reported that Clyde Fuller, Taylor’s great uncle said that “something doesn’t sound right” about the police’s account. Fuller went on to describe Taylor as a good kid, and that he thinks “something is going on that somebody is lying about.”

MSNBC also reported on the incident, pointing to several tweets from Taylor’s account. Amongst Taylor’s tweets about religion, expression and self-improvement, some suggest that Taylor was concerned about dying young, while other tweets his thoughts about how police brutality has been responsible for the death of Michael Brown, amongst others: 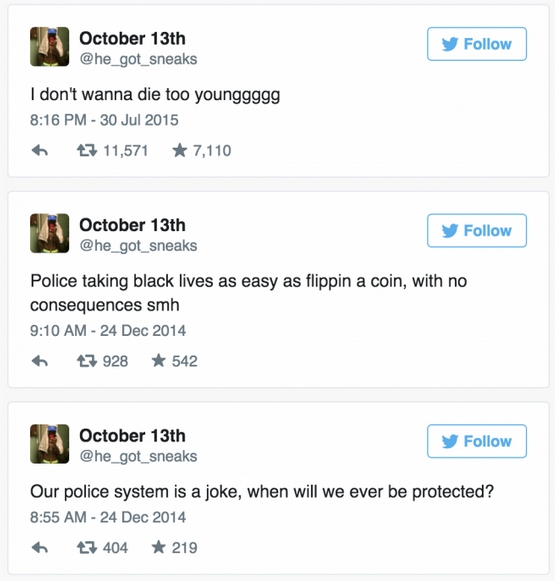 This video footage was recorded moments before the fatal encounter between Taylor and the Arlington officers on the scene.

Previous [WATCH] BILL MAHER: If Trump Can Survive Fox "Trying to Put a Stake in Him," He Could Go All the Way

Next [WATCH] Maher to Rich Hunters: Cut Out the Middleman and Go Bag a "Trophy Republican"