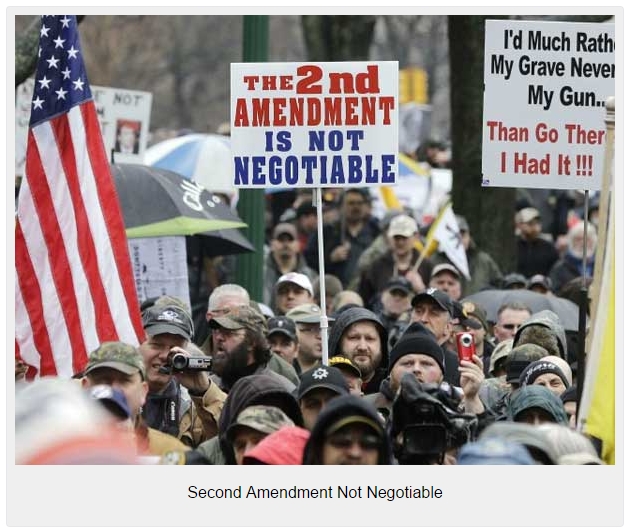 On August 7th, the Baltimore Sun ran a column ubiquitously examining the chasm between Americans who arm themselves for self-defense and Americans who do not.

But on a deeper level, the column asserted that the meaning of the Second Amendment has been “in dispute” for “most of the nation’s history” and only came to be viewed as a protection of individual rights after the Supreme Court’s decision in District of Columbia v. Heller (2008).

This is the same argument that the LA Times put forth on May 22 and one which The New York Times as also been peddling since the Heller decision came down.

According to the Sun, there are two separate America’s currently living side by side. One of those is armed, one is not.


Here is how they present it:

On one side is unarmed America, where citizens abhor handguns and they are seldom on public display, except in the legal possession of local and federal law-enforcement officers and private security police, as in the Cincinnati episode.

On the other side is armed America, with not only a regulated and disciplined military force but also a much larger civilian population of gun owners possessing weapons for protection at home or for sport and recreation at shooting ranges and hunting venues.

The Sun juxtaposes these two Americans in a way that begs for resolution; for someone to step forward to explain which America is correct–the one that views guns as a collective right or the one the views them as a part of an individual right?

The Sun then offers this observation:

The two Americas are themselves in conflict over the right to bear arms and the peril it poses when guns intentionally or unintentionally lead to civilian death. For most of the nation’s history, the issue was in heavy dispute, until the current Supreme Court ruled that the Second Amendment guaranteed individuals an absolute right to own them.

Notice the inference–the two Americas can’t agree because the exact meaning of the Second Amendment has been in dispute for nearly as long as we’ve been a nation. It was not necessarily viewed as protecting individual rights until the Supreme Court ruled that it protects individual rights with Heller (2008), and then reaffirmed that decision with McDonald v. Chicago (2010).

But the Supreme Court’s ruling is not the end of the tension. The Sun points out that the two America’s still exist and it claims the “epidemic of white police officers drawing their weapons on African-Americans in routine traffic stops” has thrust questions about America’s gun culture into the spotlight again.