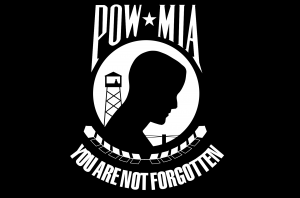 Newsweek reprinted a column by journalist Rick Perlstein on Tuesday arguing that the POW/MIA flag had racist origins.

“You know that racist flag?” he writes in “The Forgotten Story of America’s Other Racist Flag.” “The one that supposedly honors history but actually spreads a pernicious myth? And is useful only to venal right-wing politicians who wish to exploit hatred by calling it heritage? It’s past time to pull it down.”

The flag he is talking about is of course not the Confederate flag, but the POW/MIA flag. Perlstein notes that the flag came into use after U.S. President Richard Nixon accused the Vietnamese of torturing American prisoners of war and demanded their release, a request he calls “bullshit.” He claims the “damned flag” was created to “[smother] the complexity, the reality, of what really happened in Vietnam.”

Next 2 Mississippi Residents Arrested, Charged with Trying to Join ISIS