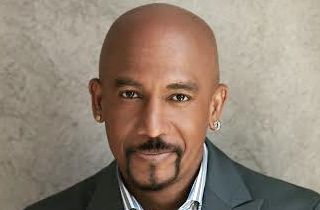 The problem the GOP now faces is the same one that caused me to leave the party and become an Independent a few decades ago. Back then, I couldn’t stand how Republican candidates preferred to sling mud instead of offer substance and vision. I couldn’t stand how they not only positioned themselves as the party of “no” rather than the party of solutions, but relished it. Donald Trump’s campaign slogan reads “Make America Great Again.” That implies America isn’t great––that we’re a sinking ship. I’m not sure I believe that, but even if it’s true, I’m tired of hearing it. I’d much rather hear how to float again––Mr. Trump simply has no plan, no substance whatsoever––“I’m worth 10 billion” isn’t substance, nor is it a plan.

To win in 2016, the Republicans need aspiration and vision, not fire-and-brimstone. Ever since Obama built a successful campaign around “hope,” it’s as if Republicans want to toss the whole concept. Instead of offering hope, they’re stirring up fear and attempting to frighten their way to victory. It’ll get them press, but not the presidency. Tuning into Thursday night’s GOP debate, the only hope and vision I heard was from Gov. John Kasich, who resisted the urge to attack Clinton, Obama, or Trump, and instead, offered up as a case-study his impressive accomplishments in Ohio, where he defied the conservative orthodoxy, and made tough choices like allowing for the Medicaid expansion. His is an aspirational message that appeals to middle-of-the road voters (despite Erick Erickson’s somewhat hysterical and self-serving rebuke of Kasich’s conservative credentials).

Mr. Trump and even Ted Cruz (the campaign’s most effective and shameless panderer) are trying to convince America we’ve lost our way. They’re trying to paint a picture of America as “beyond the brink” because they have exactly nothing substantive to offer. It’s the equivalent of ideological pornography. Every time Trump is challenged on actual substance, he claims to have secret information he can’t share, bullies the questioner, or––like a well-trained parrot––reverts to his slogan, “Make America Great Again.”

Donald Trump’s fire-and-brimstone message is an ideological cancer and, if it isn’t rooted out, it will kill the Republicans’ chances in 2016. Mr. Trump’s campaign uses carefully-crafted falsehoods to appeal to deep-seated fear and irrational anger inside the GOP. According to the Tampa Bay Times’ Politifact, 74% of Trump statements are false, or “pants on fire,” a category beyond false. If we throw in “mostly false” we get to 86%.

After the debate, Donald Trump attacked Megyn Kelly, even implying the reason she asked him tough questions was she was on her period. Then, inexplicably, we saw a distant corner of the base come to his defense, lashing out at Fox News for going too hard on him (even though Fox received more journalistic accolades for the debate than it has in years). Clearly, there’s a corner of the GOP base that stands for Trump’s behavior. They’re disconnected from reality. They froth at the mouth when anyone asks one of their darlings a tough question and that’s hardly a recipe for taking on the Clinton machine. I think Megyn was too easy on Trump. After his menacing reference to how her question could give him the excuse not to be nice to her, I wish she’d thrown him out of the debate. You don’t threaten the moderator. Donald Trump and his supporters have had their summer of fun––enough already.

I don’t know how Donald Trump defines great, but I think America is doing decent, certainly better than when we were staring down financial collapse in 2008. That isn’t to say we don’t have big problems to solve. We do. Our world grows more dangerous by the day, the gap between the haves and have nots widens, and we have whole segments of society who believe our Government actively works against them. Instead of stirring up paranoia and xenophobia, the GOP should be dissecting it intelligently then offering solutions. They should be discussing these issues rationally, not competing to see who can throw the mud hardest and furthest.

The debate last Thursday, especially Donald Trump’s center-stage role, reinforced my belief that the GOP faces an existential crisis. The party is letting Trump lead them down the path of doom and gloom, and that’s no path to victory.

A win in 2016 requires a message that is both aspirational and believable. The GOP base must quickly come terms with the fact that electing a Tea Party extremist is impossible. Tea Party views are simply too out of sync with the majority of Conservatives, who sit squarely in the middle of the ideological spectrum. Too often, the GOP base forces candidates so far to the right they become unelectable. So now, the party faces an important choice––does it want to win, or to become a loud but largely ineffective protest movement?

The base has to choose a path. If it continues down this one, the path of crazy, the GOP will lose in 2016 and the party may end up so fractured, it ceases to exist. If it follows the path of those like Kasich, who bring a believable and aspirational message, some substance, and a few sane ideas to boot, Hillary Clinton may be in a lot of trouble.

Montel Williams is a graduate of the Naval Academy who served 22 years in the Marine Corps and then as a Naval Intelligence Officer before he went on to host The Montel Williams Show for 17 seasons. You can follow him on Twitter @montel_williams and on Facebook.

Next Ferguson Protests Quash The Dreams Of Future Stars