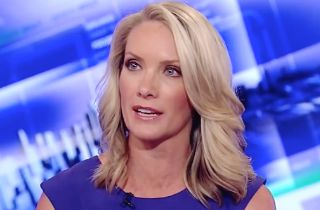 On Monday night, Fox’s Dana Perino found herself in the position of slightly defending Bernie Sanders after Black Lives Matter protesters hijacked his Seattle rally and shouted him down this past weekend.

Perino told Megyn Kelly they have “legitimate beefs” about problems in the system, but lamented, “The sad thing is is that even the name of the group is one that is supposed to stoke racial tension… Do those protesters really believe that Bernie Sanders does not believe that black lives matter?”

She thought it would be a good opportunity for Republican candidates to sit down with Black Lives Matter protesters to share their policies and views on criminal justice issues.

Perino concluded by saying anger doesn’t solve anything and people should just try to get along better.

Next [WATCH] Megyn Kelly on Trump Attacks: I "Will Not Apologize for Doing Good Journalism"