Videos of the incident have been circulating online Wednesday:

People’s Daily China reported that the explosion occurred Wednesday night and could be felt 10 kilometers away: 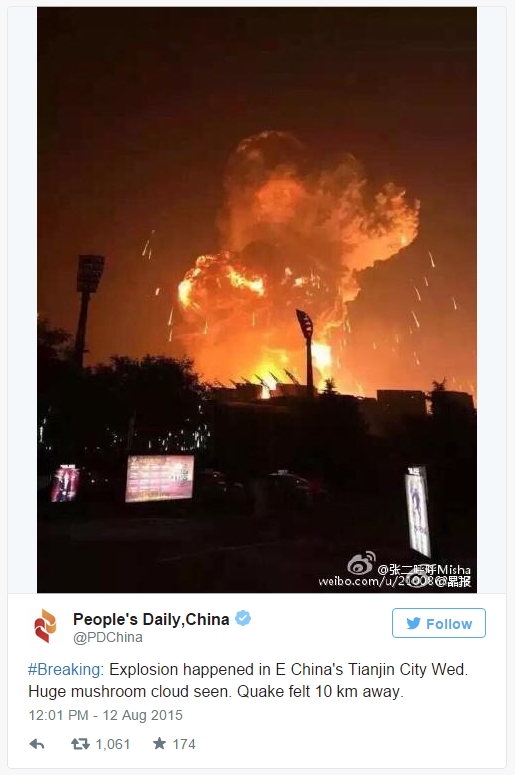 The cause and casualties of the blast are still unknown at this time.


A reporter named William Locke has been tweeting images from the area taken from the social network Weibo: 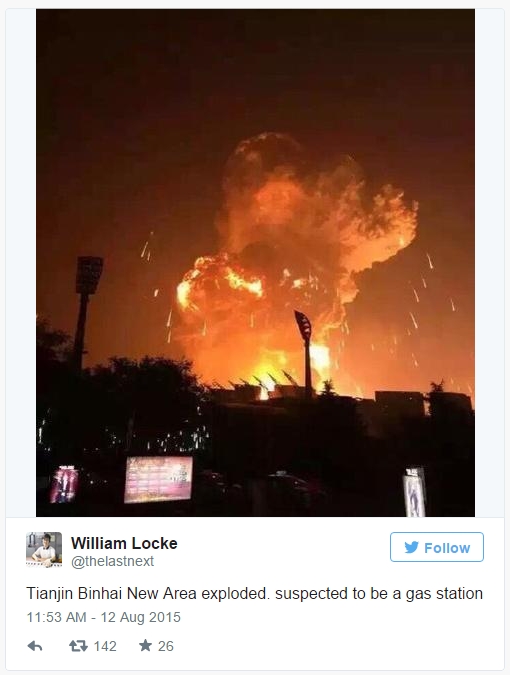 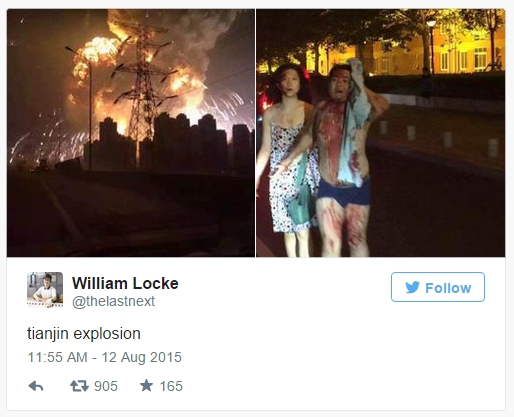 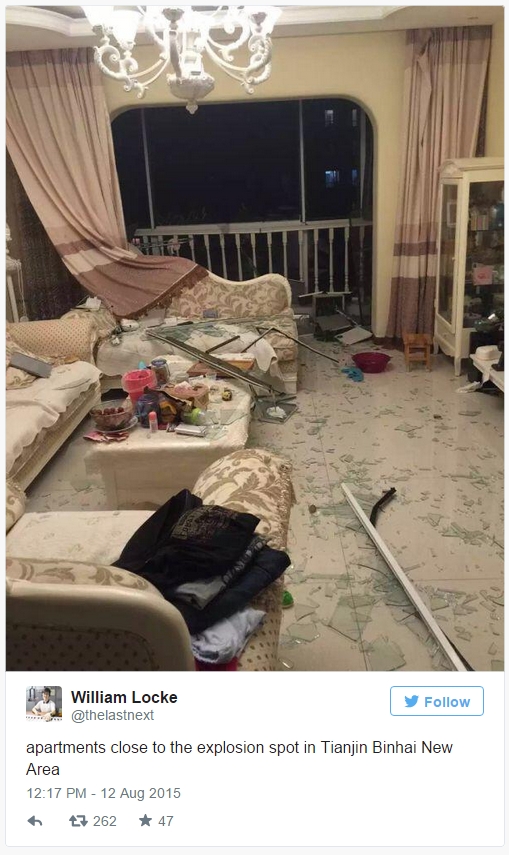 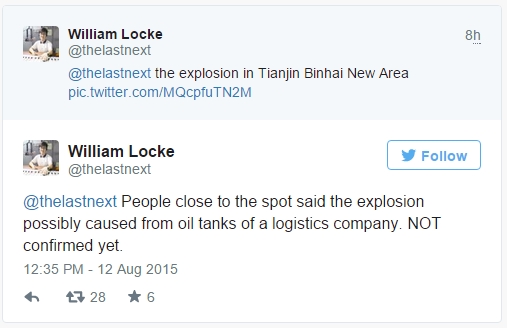 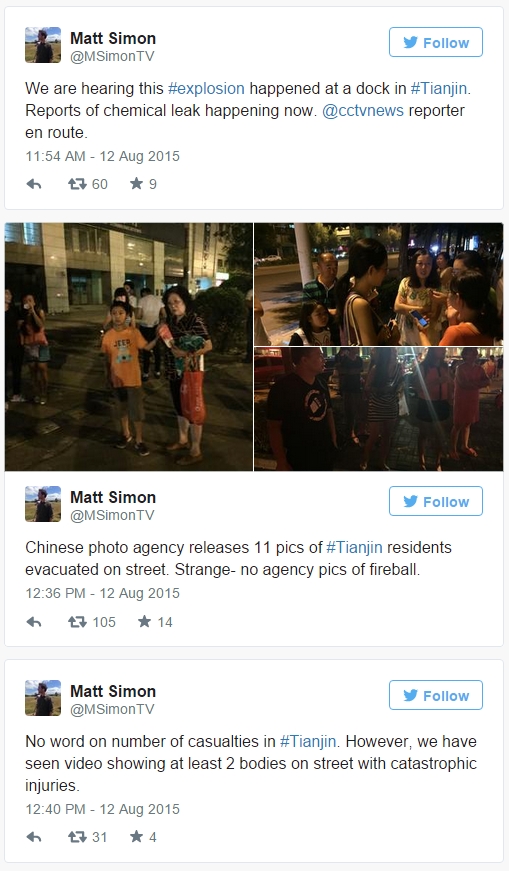 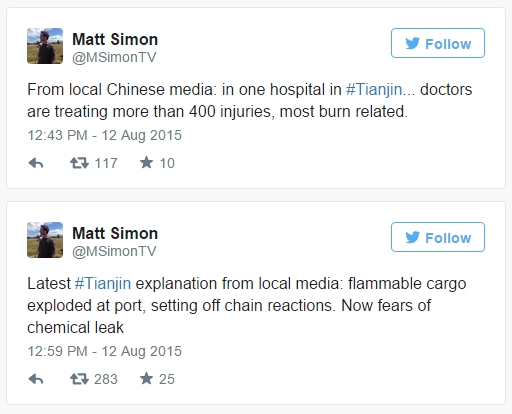 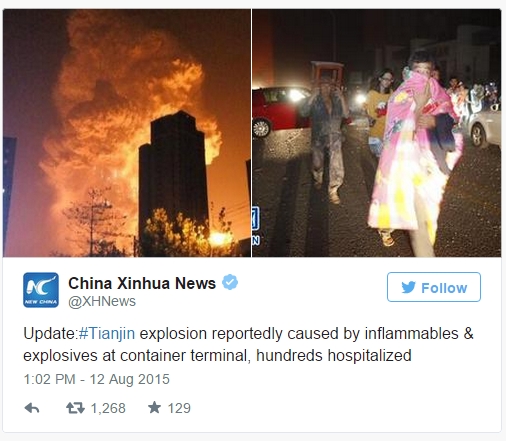 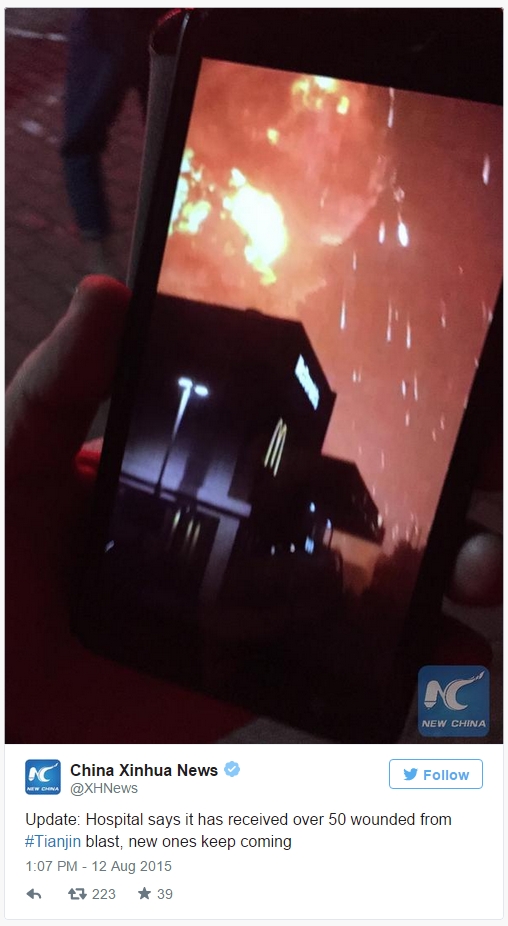