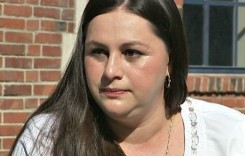 Yesenia Pacheco of Seattle, Washington, is suing the NeighborsCare Health clinic for “wrongful life” after receiving a flu shot when she was supposed to receive a birth control injection in late 2011.

“I asked what happened,” Yesenia told KIRO this month. “They said you are 2 1/2 months pregnant. You don’t have to have it. You won’t have to pay anything.”

Now, Yesenia is suing the federal government–which funds the clinic–for “wrongful life.” Her attorneys argued that the pregnancy was “a direct and proximate result of Defendant’s negligent acts and/or omissions to perform the medical care with due care.” Yesenia is seeking unspecified damages for medical bills and pain and suffering.

According to Yesenia, getting an abortion is against her beliefs so she went through with the difficult pregnancy. Her daughter was born with unilateral perisylvian polymicrogyria, a brain malformation that affects her motor and speech skills. Yesenia and her husband now have to give the 3-year-old medications twice per day to prevent seizures. She said, “It’s hard. I already have two girls. I didn’t want any more.”

A spokesperson from clinic said they “are aware of the situation” and “feel great empathy for her.” However, Yesinia, who speaks Spanish, said they never expressed that to her.

Instead, when she first complained about the situation to people at the clinic, she said they blamed it on the language barrier (which hadn’t been a problem during her previous visits) and accused her of trying to get people fired.