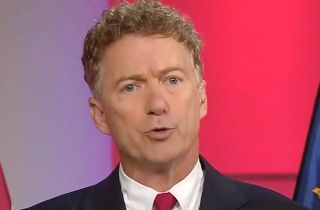 Rand Paul appeared on Fox News tonight to explain his new op-ed trashing Donald Trump as a “fake conservative.” Paul declared there that he’ll be “damned” if he lets a faker like Trump infiltrate the conservative movement.

Paul told O’Reilly Factor guest host Eric Bolling that the tea party was meant as a rebellion against fake conservatives and government-growing Republicans like Trump.

He predicted a Trump presidency full of bullying and bravado, where the executive branch would amass even more power than it already has because of how much Trump loves bullying.

Bolling pointed out that Paul would probably be Trump’s next target, and lo and behold, before and after the segment aired, Trump sent out tweets attacking Paul, one of which kind of reinforced Paul’s “bully” argument: 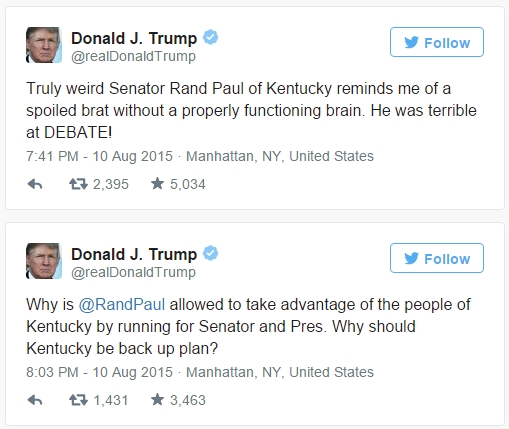