(Scroll down for video)

In February, 26-year-old Marie Holmes became a millionaire when she won the Powerball lottery. 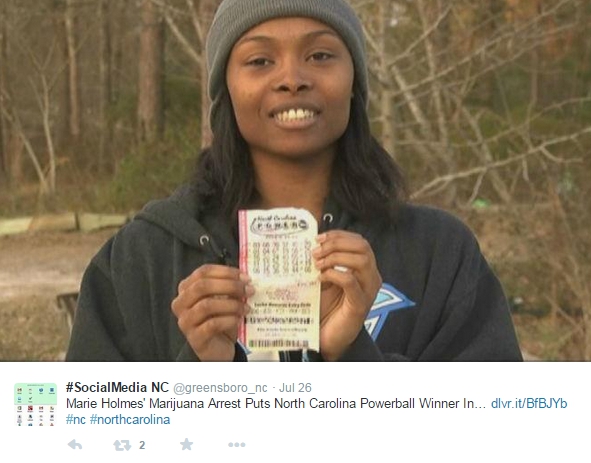 A woman who is engaged to a convicted felon, has already spent $9 million on his bail.
Holmes of North Carolina, who won $188 million, took her prize as a lump sum. After taxes, she received $88 million.

Holmes, who is a mother of four children, announced her plans to pay her tithes and to establish college funds for her children.

However, she lost a large amount of money after posting bail for her fiance. Shortly after she won the money, Holmes posted bail of $3 million for her boyfriend Lamarr McDow.


McDow was in jail, facing charges of heroin trafficking after being arrested in an investigation that uncovered more than 8,000 bags of the drug.

McDow then violated the terms of his parole. That is when Holmes lost the $3 million in bail money.

When police arrived to arrest McDow at the home, which he shares with Holmes, they found a .45 caliber gun and a half-ounce of marijuana.

A judge ordered McDow, who has a criminal record including several counts of assault and drug possession dating back fifteen years, to be held on $6 million bail for the pre-trial violation.

Holmes came through for her fiance once again, and posted the $6 million bail.

Next Check out the VIRAL [VIDEO] of the largest Great White Shark ever filmed!