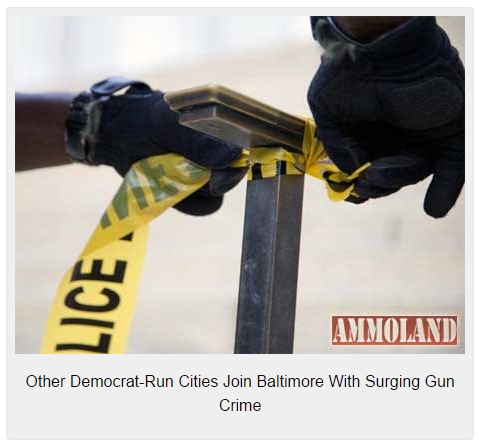 On July 9 2015, Breitbart News reported that gun crime was surging in the Democrat-run cities of Baltimore, Chicago, Milwaukee, New Orleans, and St. Louis.

We can now expand that list to include Democrat-run Houston, Philadelphia, and New York City too.

According to USA Today, the “number of murders in 2015″ is up by more than 30 percent in Baltimore and up by at least that much or more in New Orleans and St. Louis.

The Baltimore Sun reports that “a rising number of homicides have been recorded this year in [the] cities… [of] Chicago (up 18 percent from last year), Milwaukee (up 117 percent), Houston (up 36 percent)… and Philadelphia (up 7 percent).” 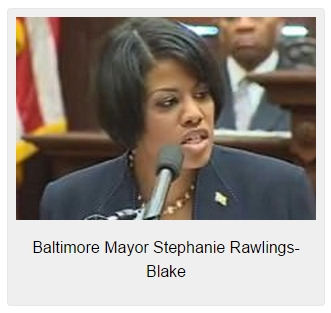 Yet, far from looking at Democrat policies like gun control as part of the problem, Darrel Stephens—executive director of the Major Cities Chiefs Association—suggests more gun control should be considered. According to Stephens, “Cities are seeing a lot more rounds being fired on the streets at… homicide scenes.”

So there you have it—implement bans on magazines that hold more than 10 rounds and crime will begin to dissipate.

Unless criminals think things out like Elliot Rodger did, when he bought up at least forty 10-round magazines to make up for the absence of 15-round mags, then went on a shooting spree and gunned down three in Santa Barbara, California.

Option B would be to follow the Democrat playbook and just throw money at the problem, which is exactly what Jessie Jackson is proposing. Jackson suggests Baltimore’s skyrocketing homicide rate is due in part to a lack of “urban reconstruction.” He pointed out that, during the recent Balitmore riots, the focus was “more or less” on police and policing. But he says now urban residents are asking, “Where’s HUD? Where are the jobs?”

Jackson wants to see tax money spent to rebuild what was burnt, broken, or otherwise destroyed in the riots. He says it is a way to “turn despair into hope.”


Previous No Means No: Keep Gitmo Jihadists Out of U.S.A.