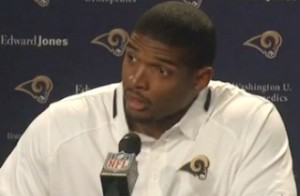 Michael Sam was thrown into the national spotlight last year when he was drafted as the NFL’s first openly-gay football player. In a Friday night series of tweets, however, Sam told his followers that he was walking away, citing concerns for his “mental health.” 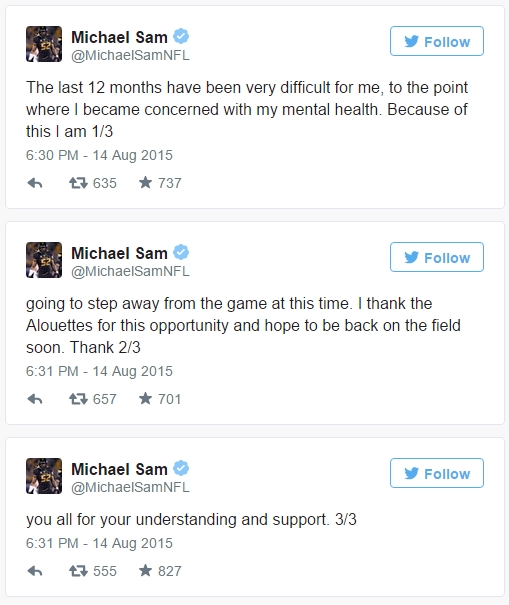 Sam’s announcement came as a surprise, having signed a two-year deal last week with the Montreal Alouettes of the Canadian Football League.

Sam’s previous NFL career involved stints with the Rams and the Cowboys, and he previously said that he couldn’t “wait to put on the pads, get back on the field and work hard each and every day with my teammates to bring a Grey Cup to the great fans here in Montreal.”

Next [WATCH] Maher Praises Trump: People Want Someone Who Won’t "Bend to the Bullshit"