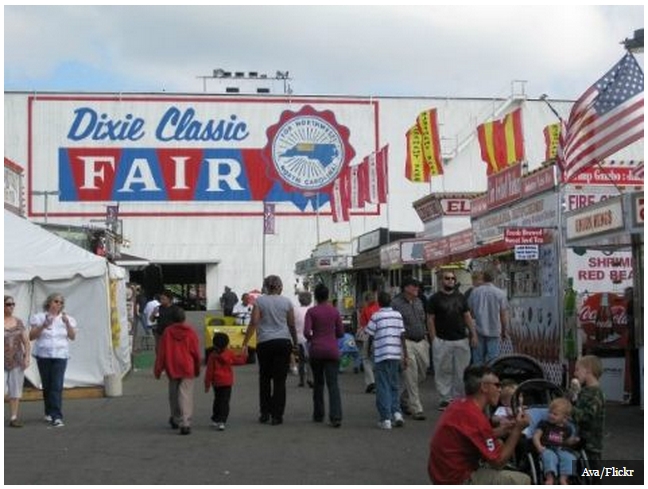 The lunacy and war against history continues, this time in Winston-Salem, North Carolina, where activists are calling for the word “Dixie” to be removed from the Dixie Classic Fair’s name because it “offends” them. Yeah, you read that correctly.

According to Winston-Salem, NC, Councilman James Taylor, some of his constituents have informed him that they take offense to the word, seeing as how it invokes memories of the Confederacy.

On Monday, speaking after a meeting of the city’s finance committee, Taylor had said, “We do know that the word Dixie was a Confederate battle term and there are a lot of people who are just not OK with that being the premier name of our fair in Winston-Salem.”

Here a few responses from the FOX8 story:

“It’s just a political thing. I don’t think they named it that because of anything to do with race,” said Michael Banner, a Winston-Salem resident who said he frequents the fair. “Leave it alone. It [isn’t] bothering me going over there, so I’m all right with it.”


“It doesn’t make me any different because I’m going whether they change the name or not,” said Marion Speis, also of Winston-Salem. “Different things for different strokes, [nobody is going to] go along with everything.”

Some people that FOX8 spoke with said that the idea of removing Confederate symbols has gone too far and made its way to the name of the fair.

“OK, take the flag, that’s OK; put it in a museum or something,” said Marjorie Claycomb, of Winston-Salem. “But they’re making too much of it.”

“I just think it’s just overkill from what’s going on right now,” said Scott Osborne, who said he regularly attends the fair. “Dixie doesn’t have anything to do with being offensive towards what anyone’s belief is.”

FOX8 reportedly continued to search for someone who might take offense to the name, however, when the search had concluded no one had anything negative to say about the fair or the name.

“It’s just a name. I don’t find it offensive,” said Kevin Carter, who routinely brings his family to the fair. “If they didn’t let certain people go in, but, everybody goes.”

“I thought it was ridiculous. I mean, there’s no reason to change the name of the Dixie Classic Fair,” said Dina Nelson, of Winston-Salem. “I mean, it’s a Southern name, but there is nothing racist about it.”

“I don’t see anything wrong with that name. Not at all. Not one bit,” said Reginald Cunningham, of Winston-Salem. “It’s not one of my main problems that I see needs to be solved right now.”

The Dixie Classic Fair name has been in existence since the 1950s.


Previous [VIDEO] Mother has 4yo son blow in breathalyzer to start her car.