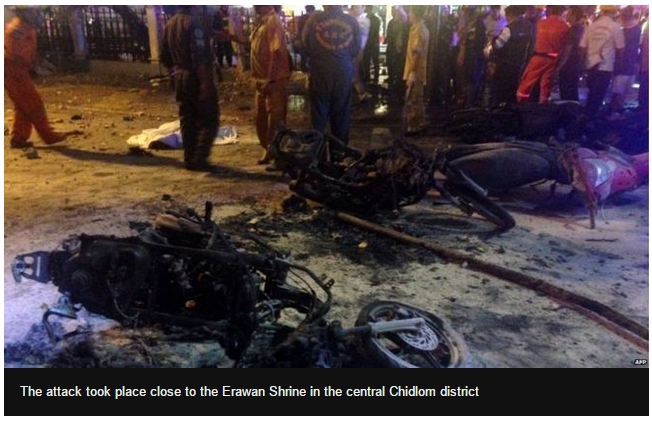 Local reports out of Bangkok are indicating that at least 12 people are dead and dozens others injured after a deadly explosion rocked a shrine near the capital city of Thailand.

According to the BBC:

The attack took place close to the Erawan Shrine in the capital’s central Chidlom district.

Our correspondent says this a very well known shrine in the center of Bangkok, next to a five-star hotel.

He says people around the shrine were hit by the full force of the blast.

There are burnt motorbikes on the main road, with paramedics and police trying to take the injured away, he says.

The explosion was on the Rajprasong intersection, which has been the center of political demonstrations in recent years.

According to a BBC correspondent, bomb attacks in Bangkok are extremely rare.