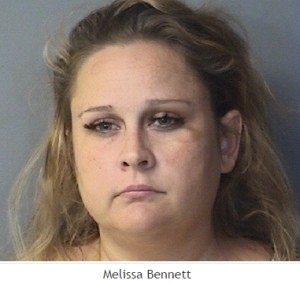 A Virginia Beach mother has been arrested and charged with prostituting her teenage daughter.

According to an affidavit, 34-year-old Mellisa Bennett “persuaded and harassed” her 18-year-old daughter to commit sexual acts for money.

The daughter told investigators Bennett would take her to the “schoolhouse” located in the 3100 block of Tidewater Drive to perform prostitution acts, where she was to have sex with men for money.

Detectives saw text messages between the mother and daughter, showing Bennett instructing her daughter to meet with several men because they needed money.

Bennett admitted to the crimes and told investigators she asked for the money to pay for rent, hotel stays, gas and cell phone bills. She also said she accompanied her daughter to protect her from the men she planned to meet.

The daughter told police that her mother began prostituting her just after her 18th birthday and after one month of being pimped out for sex, the daughter had enough and decided to go to the police.