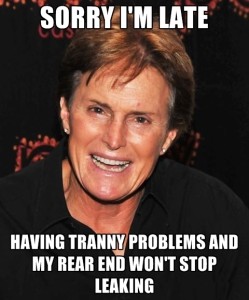 BRUCE Jenner will reportedly face manslaughter charges following a car accident in February that left one person dead and injured others.

According to Variety, Lt. Shaun Mathers of the Los Angeles County Sheriff’s Department says “the case will be submitted to the district attorney next week.” It will likely bring a misdemeanor manslaughter charge.

The Sheriff’s Department will present evidence against Jenner that faults him for the events that lead up to the February 7th accident, just outside of Los Angeles on the Pacific Coast Highway.

Jenner allegedly hit Kim Howe‘s car, launching it into oncoming traffic. Howe had stopped abruptly in front of Jenner after rear-ending another vehicle. She died as a result of her injuries. Jenner later released a statement expressing sympathy with Howe’s family, calling it “a devastating tragedy.”


The families of Howe and Jessica Steindorff, the vehicle initially struck by the deceased, have already sued Jenner for damages. Yet the impending charges stem from a Sheriff’s Department investigation into the incident.