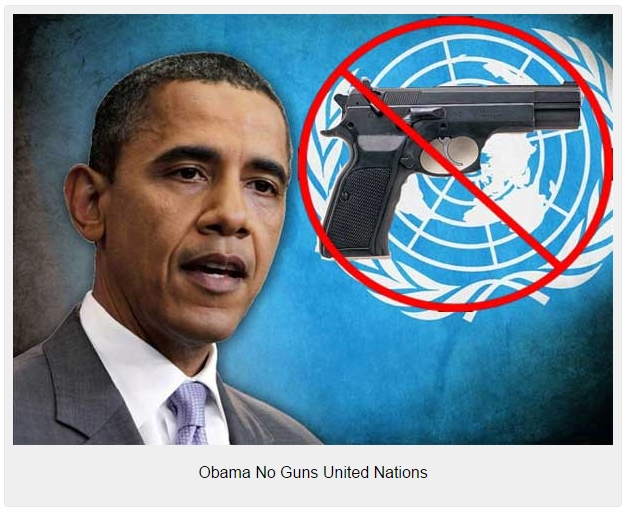 They’re on their way to the UN Small Arms Conference, to be held in Mexico City on August 24th, 2015.

And they’re planning to bring back the framework for a global gun control regime.

It’s important that you contact your Senators right now and tell them to vote NO on any agreement reached at the Mexico UN conference.


Obama has already signed the UN Small Arms Treaty and it is waiting ratification by the Senate.

Obama’s global gun grabbers are jetting down to Mexico to iron out the details of this tyrannical new regime.

Over the past century, we have seen registration lists used as a prelude to gun confiscation in countries like Rwanda, Cambodia and many more.

Gun confiscation, in turn, led to horrific genocides in many of these countries — including Rwanda and Cambodia.

Imagine dictators around the world — who can control the UN blue helmets (aka, the UN military force) — having your name on record as a gun owner.

It’s preposterous! And this is why the Senate MUST kill this toxic agreement.

ACTION: Contact your senators right now. Tell them to vote NO on any agreement reached at the Mexico UN conference. 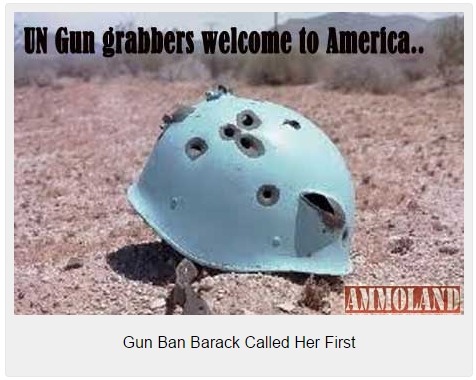 About:
Gun Owners of America (GOA) is a non-profit lobbying organization formed in 1975 to preserve and defend the Second Amendment rights of gun owners. GOA sees firearms ownership as a freedom issue. `The only no comprise gun lobby in Washington’ – Ron Paul Visit: www.GunOwners.org to Join.

Next [PHOTOS] Here are the NSFW things people are doing with Nicki Minajs' Wax Statue...