Dozens of North Korean subs left their stations this week and cannot be located. This is the largest deployment of subs since the Korean War.

The North is known to have around 70 submarines.
Korean TV reported (translated) via Free Republic: 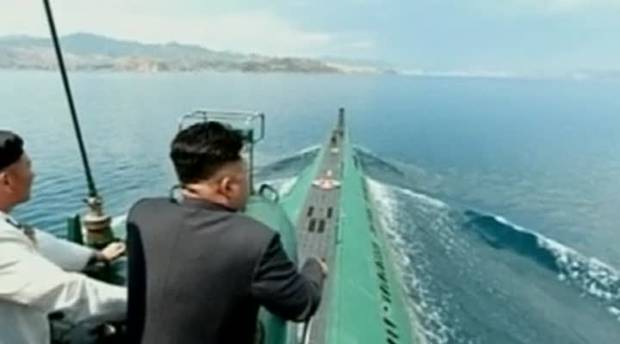 Dozens of N. Korean submarines left their bases at both Eastern and Western coast, and can’t be located. Military are increasing their surveillance capability to track them, it is confirmed.

That accounts for 70% of (N. Korea’s) submarine fleet, which totals 70 ships. This is the largest rate of deployment since the Korean War.

Military sources said, “This is 10 times more than their normal deployment level. Dozens of them left their bases at both coasts, and we are unable to track them.”

They said, “70% of their submarine fleet is not located. We are increasing our surveillance capability to find them.”

They suspect that the unusually high level of N. Korea’s submarine movements may be for further military provocation, and raised their level of alert.

The sources said, “Since the talks began, their front-line artillery power has more than doubled.”

Next He Caught His Girlfriend Cheating On Him, So He Surprised Her With THIS… [NSFW]