Recently researchers came across an ancient whale graveyard which was unearthed by the Pan-American Highway Project. The trove of bones was first discovered by construction workers. It was then immediately turned over to scientists who unearthed the skeletons of more than 40 marine mammals including two seals, an aquatic sloth, and an extinct species of sperm whale.

The mass strandings that are thought to have killed them span a period more than 10,000 years. Chilean and Smithsonian paleontologists study several fossilized whale skeletons at Cerro Ballena, also known as “Whale Hill,” next to the Pan-American Highway in the Atacama region of Chile. 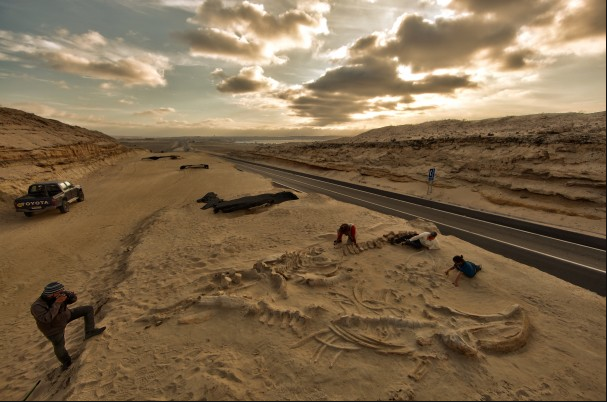 The site is very far from the ocean and about 120 feet above sea level. 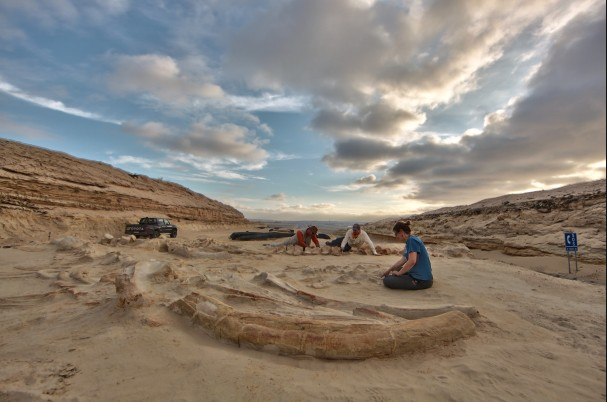 Paleontologists estimate that the skeletons are between 6 million and 9 million years old. Scientists think the mass strandings occurred over a period of more than 10,000 years, creating one of the most remarkable sites for marine mammal fossils on the planet. 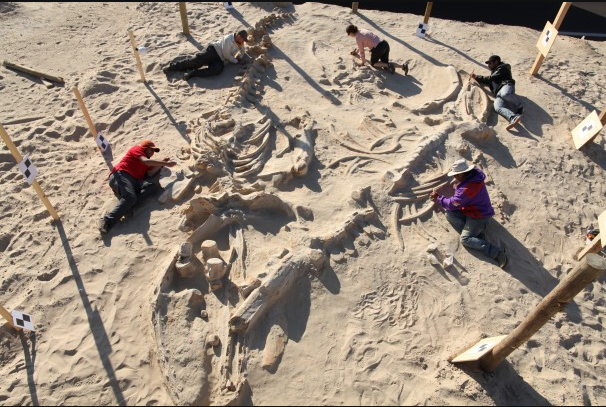 The skeletons are well preserved at four distinct levels. “Most animals were belly-up, suggesting death at sea or shortly after washing ashore,” said Nick Pyenson, curator of fossil marine mammals at the Smithsonian’s National Museum of Natural History. 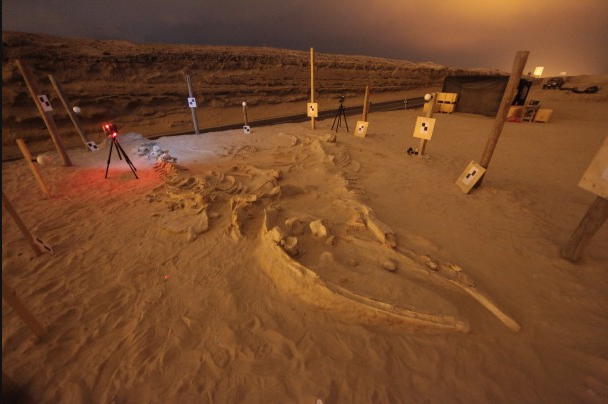 The whale fossils undergo medium-range 3-D surface scanning in order to create a digital record of the arrangement of the skeletons. The 3-D data will allow for the printing of replicas of the bones, which will be shipped off to museums. 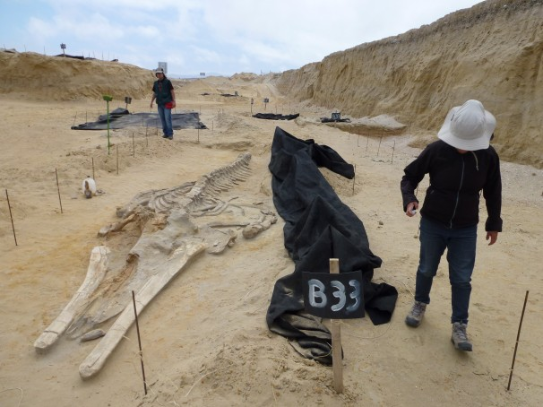 Scientists have labeled the Cerro Ballena site a paleontological treasure on par with California’s La Brea Tar Pits and Dinosaur National Monument in Utah and Colorado. 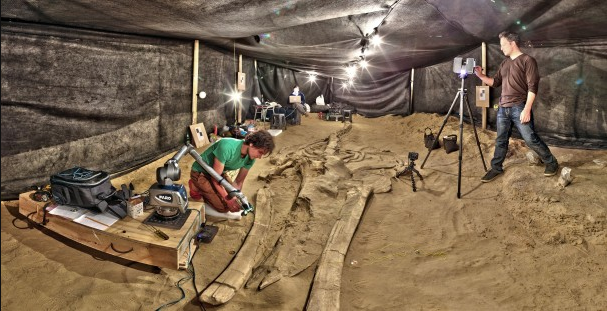 Adam Metallo, left, and Vince Rossi from the Smithsonian’s Digitization Program Office 3-D laboratory, use a high-resolution laser and medium-range laser scanners to document one of the most complete whale fossils at the Cerro Ballena site. In the background, Smithsonian paleontologist Nick Pyenson reviews data on his laptop while the group works at night in a tent next to the Pan-American Highway in Chile.

It definitely makes you wonder, how were these whale skeletons found 120 feet above sea level?


Previous Umar Needs A Job. Would You Hire This Man?

Next [PHOTOS] Graphic: A THAI MONK BRINGS HELL TO EARTH, IN EFFORT TO EDUCATE