The Twitter and Facebook accounts of the man suspected of murdering two journalists on live television posted video of the shooting that he had taken as it was happening.

The Twitter account for Vester Lee Flanagan, who reported under the name Bryce Williams, began by tweeting a series of grievances, accusing 24-year-old Alison Parker of being a racist and complaining that 27-year-old Adam Ward “went to hr on me after working with me one time!!!” 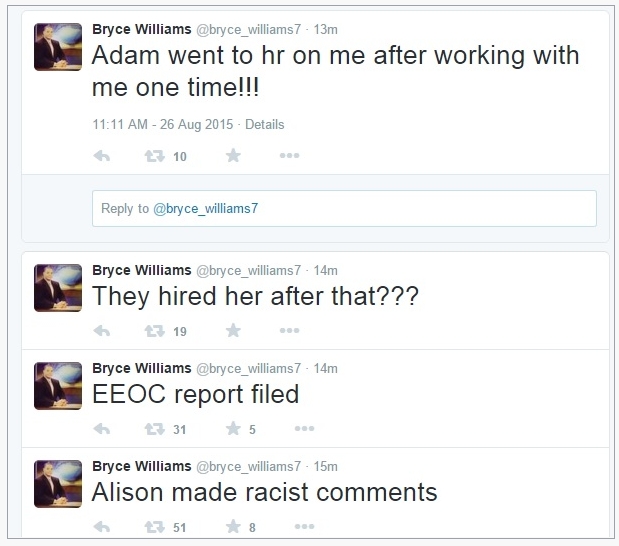 But any suspicion that the account could be troll or a hacker was quickly proven wrong when the killer posted video of the shooting… but from his perspective. The first video (below) showed him walking up to the live news shoot, while in the second video he opens fire. 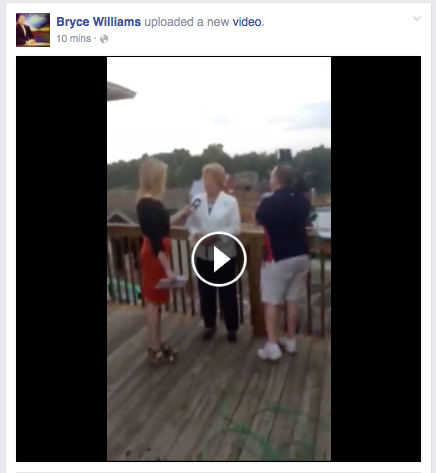 As noted above, we will absolutely not publish the footage from the actual murders, but this is the other footage he uploaded from when he approached his three victims:

Previous Bryce Williams’ Manifesto: "What Sent Me Over the Top Was the Church Shooting"