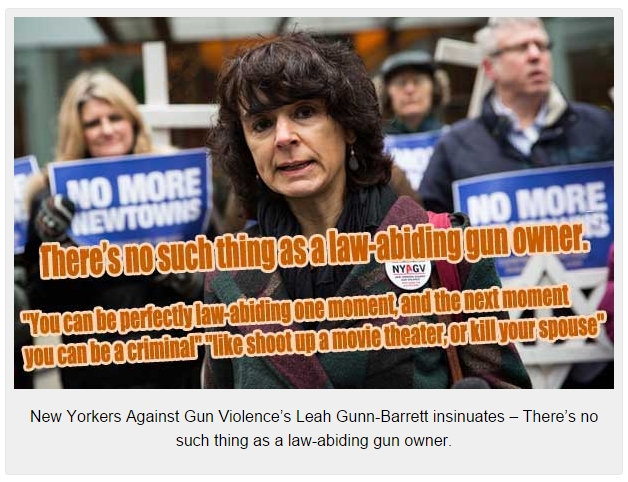 During the August 23rd, 2015, airing of Third Rail on Al Jazeera, the executive director of New Yorkers Against Gun Violence, Leah Gunn Barrett, suggested women are too weak to be allowed to carry guns for self-defense on college campuses.

She made this suggestion in the face of Florida state Representative Rehwinkel Vasilinda (D-9th), although Vasilinda was the victim of “attempted rape” while in college – an “attempted rape” that she was able to stop by grabbing the gun her father had given her for self-defense.

Vasilinda made clear she wants to see Florida pass laws opening the door for women on campuses today to be similarly armed for self-defense.

Barrett responded to Vasilinda by claiming college campuses are “some of the safest places in the nation” and asking why we “would want to change that” by allowing law-abiding women to carry guns for self-defense. Barrett then made clear that she would never allow her daughter, who is a sophomore in college, to attend a school where women and other law-abiding citizens are allowed to carry guns for self-defense.


Vasilinda countered, explaining that college campuses are not bastions of safety, but places where “20 percent of women” are victims of rape or sexual assault. She said she is very concerned about the safety of women who are denied the ability to defend themselves via campus carry.

Barrett then countered with a suggestion that women are too weak to carry guns for self-defense.

She said, “Women are not physically powerful like men are. A gun could easily be turned on the woman, and it is frequently.”

This is the same Leah Gunn Barrett that once basically insisted: There is no such thing as a law-abiding gun owner.

After further cross questioning, Barrett said she did not agree that the nine unarmed church-goers at Charleston’s Emanuel African Methodist Episcopal Church would have been safer if armed.

Next Is Trumpism the New Nationalism?