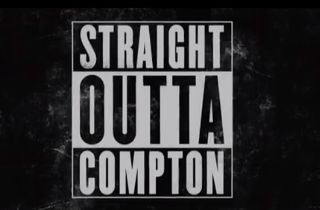 NWA has long been considered one of the leading groups for the hip-hop sub-genre of gangsta rap, and their biographic film Straight Outta Compton was released at midnight on Thursday, August 13th. In anticipation of the Los Angeles premiere event, insiders reportedly said that police were planning to increase their presence across the city.

The film is set to include scenes depicting the police harassment and gang violence the group members endured while rising to fame. Reports from CBS LA indicate that Universal Pictures is going along with law enforcement, allegedly offering offering reimbursements to theaters and local exhibitors hiring extra security before the premiere.

“In light of everything that’s going on, we are dispatching additional officers to theaters that are showing the film,” LAPD spokesman Jack Richter reportedly told Variety. “It’s a combination of anticipating potential problems and responding to requests from theater owners.”

The activity that Richter is likely referring to are the renewed national angst surrounding the anniversary of Michael Brown‘s death, as well as the recent theater shootings in Lafayette, Louisiana and Antioch, Tenessee.

AMC would not specifically comment on its security plans for theaters in LA and around the country, but said that they are planning to expect large audiences.

Next University of Texas Will Remove Jefferson Davis Statue