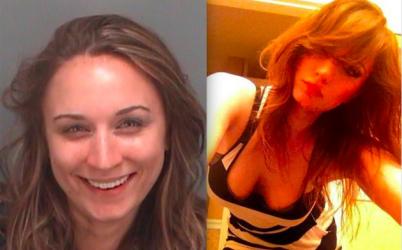 Engert, 24, was pulled over around 2:40 a.m. on Monday in Pinellas County, Florida, the Huffington Post reported. After failing a series of field sobriety tests, Engert was charged with drunk driving. Her blood alcohol was reportedly twice over the legal limit.

Engert admitted to having a bag of marijuana in her purse.

While being processed for the crime, Engert reportedly tried to offer oral sex if the officers promised to drop her charges. The officers denied her and later found a bag of cocaine in the right side of her bra.

At the end of the night, she was also charged with possession of narcotics and three counts of bribery.

Engert was released from jail after posting $5,150 bond on Tuesday.


Previous [VIDEO] Guy Tries to Rob A Girl, Ends Up Getting His Ass Kicked Because She's An MMA Fighter

Next [VIDEO] Leadership … A Revealing Clue