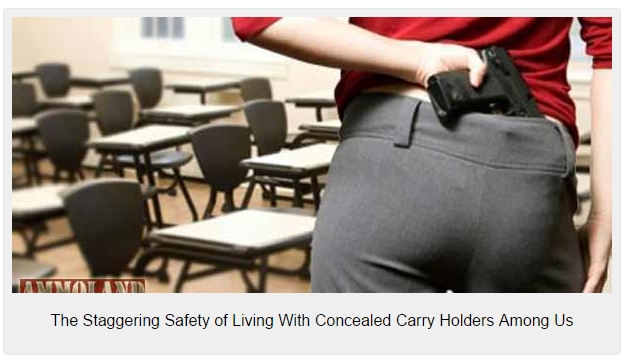 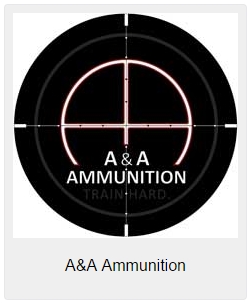 If I had a nickel for every time I’ve been called “paranoid” for carrying a gun or defending the 2nd Amendment I most certainly wouldn’t be driving around my beater of a truck.

This seems to be the fallback for anti-gun zealots, an accusation they feel is so self-evident that they don’t feel the need to back it up with evidence (which is good for them, because there’s no evidence to back it up).

Interestingly enough, this point always seems to be brought up when anti-gunners talk about their fear of the pro-gun community.

Take for example this recent blog post by Huffington Post writer Carter Gaddis, that went viral, in which a father describes his instant fear and apprehension at seeing an NRA decal. Or there’s the Coalition to Stop Gun Violence encouraging their followers to (criminally) call the police on anyone they see with a firearm, whether open or conceal carried, to “protect the safety of your loved ones.”

It seems to me as though we’re not the paranoid ones – they are.

But just to be sure I decided to run some numbers. What are the odds that their worst fear, a law-abiding gun owner snaps and decides to start murdering people, happens? How do those odds stack up against the odds that we may one day be the victims of a violent crime, a possible situation that is at the forefront of many gun-carrier’s minds?


Since we don’t have a national gun registry (thank God!) we don’t have nationwide numbers on the crime rates of citizens who legally own firearms. However, Texas does keep track of the crime rates of concealed carriers, and since we know for a fact that these individuals have passed a background check and kept a clean record, it provides us with an adequate benchmark.

But keep in mind, that’s the ratio of CHL holders who committed a murder. That is not the murder rate of Texan’s committed by CHL holders.

This is where it gets really interesting.

In 2013 Texas had 26,448,193 citizens. Of those, 4 people were murdered by a CHL holder. That puts the probability of being murdered in Texas by a CHL holder at a mind-blowing –

Just for fun I decided to extrapolate those numbers for the average lifetime of a U.S. citizen, 78.74 years. The odds of being murdered by a CHL holder in Texas during a whole lifetime of living in Texas?

Just to put some perspective on that, according to a CNN article the average person today has about a 1 in 12,000 chance of getting struck by lightning during their lifetime. Yes, you’re 7 times more likely to get struck by lightning than get murdered by a CHL holder while living in Texas.

Now you might think I just cherry-picked the best year for Texas CHL holders when I got my numbers, rather than just using the most recent numbers available. So I decided to look back a bit. 2012 saw 2 murders by CHL holders in TX, 2011 saw 4 plus 3 manslaughters, 2010 – well I don’t know, I got bored of looking at consistently low numbers.

So, what are the odds of being a victim of violent crime? In 1987 the New York Times ran a headline titled “83% TO BE VICTIMS OF CRIME VIOLENCE.” That figure was arrived at by the “Government’s National Crime Survey” from 1975-1984, but violent crime has reduced dramatically since then. When I ran some (quick, not very scientific) numbers I arrived at a roughly 25% chance of being a victim of violent crime in modern lifetimes. Now of course crime isn’t totally random, so I’ll use the demographic figures from this article from Crime In America, which states that males have an 18.4% chance to be a victim of violence, and white people a 15.8% chance, or roughly 1 in 6 between the two. These numbers seem very conservative to me, but they’ll do just fine to illustrate the point.

I arm myself so I can potentially protect myself, my loved ones, friends, family, and even innocent bystanders from violent people. The odds that just I, myself, will at some point be the victim of violence according to Crime In America is about 1 in 6. That’s the likelihood that my fear will come true.

Once again, the odds that the anti-gunner’s fear of one of us “gun-toting psychos” snapping and murdering them? 1 in 83,973.

That means they’re 14,000 times more paranoid than we are. And that’s just math.

*Writer’s Note: I’ve obviously taken some liberty with these numbers due to the limited amount of information regarding gun owners nationwide. Most of these figures assume that the murder rate seen in Texas by CHL holders is indicative of legal gun carriers nationwide. I’m sure these numbers would shift given accurate nationwide data, but I believe that they would remain consistent enough to where the message would still be applicable.

A&A Ammunition was founded with a single goal in mind: To help shooters be able to train by offering them high quality, affordable ammunition.

Andrew Scott is the Founder and CEO of A&A Ammunition, an ammunition manufacturing and sales company located in Tucson, AZ that specializes in reloading high quality training ammo. He is also a Veteran currently serving in the Arizona Air National Guard, and has previously worked in numerous industries ranging from food prep to stock trading.

For more of his writings, visit the A&A Ammunition website at www.TrainHardAmmo.com/blog