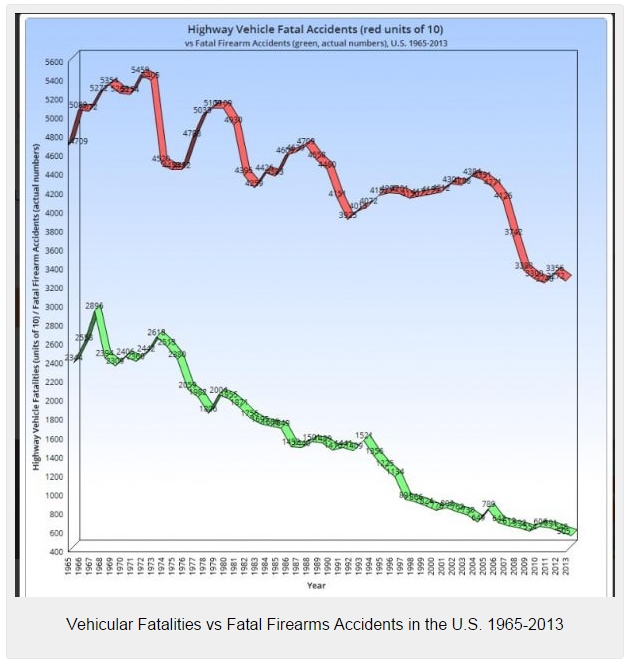 There have been some misleading comparisons of “vehicle deaths” and “firearm deaths”.

The correct comparison with fatal vehicle crashes would be to fatal firearm accidents.

The claim has been made that vehicles have been highly regulated, and that is why the number of fatalities have been reduced, while firearms have not been regulated.

If you look at the chart, you see that accidental firearms fatalities, though much lower than vehicle fatalities to start with, have been reduced at an even more rapid rate. 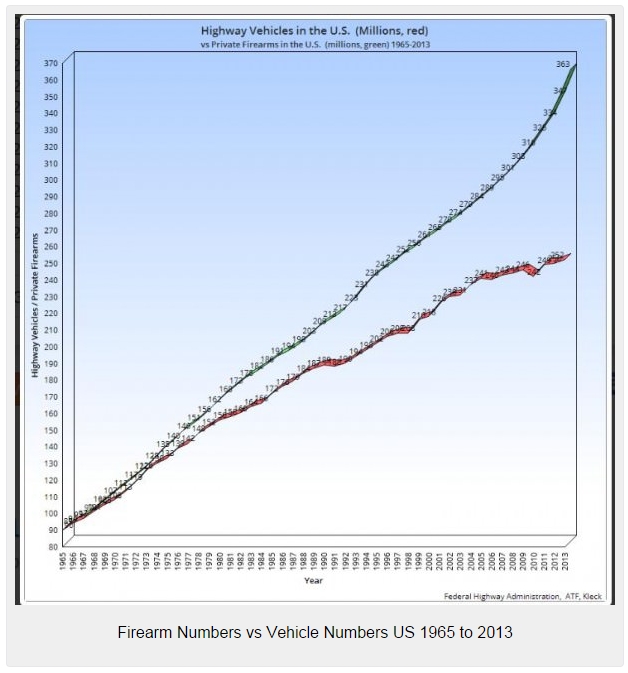 It is not hard to understand. Firearms are very durable, and take centuries to wear out with normal usage. Vehicles wear out in a decade or two, and constantly have to be replaced.

In the last few years, vehicle purchases have lagged, and many older vehicles were destroyed. Firearms manufacturers have enjoyed record levels of sales.

Previous [VIDEO] "You Just Don’t Like the Facts!" Juan Williams, Bolling Throw Down Over #BlackLivesMatter

Next “Hope” Pushes for Infringement He Can Pass, Unrelated to VA Murders