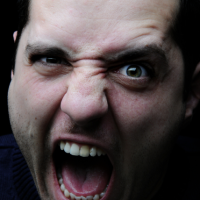 It only takes a glimpse at the news to observe the anger extant in America today. This anger may be manifested in many ways: urban streets erupting with anarchy and self-defeating protests; the misunderstood rise of Donald Trump and Ben Carson as presidential contenders; epidemic divorce rates; mothers allowing their babies to be killed inside their wombs; or the senseless murders of those peacefully worshiping within the confines of their own church walls. Regardless of the particular circumstance, it can be credibly argued that America is suffering from an cult of anger.

The Bible claims that there is nothing new under the sun. Anger is perhaps the best proof of the veracity of that claim. It has been with us since the Garden of Eden when Cain murdered his brother Able in a fit of anger, and it has survived throughout the millennium and rages throughout the nations today. It would be hard to pinpoint a time in history when so many random acts of violence occurred on such a regular basis as they do now.

Although anger can be constructive by being an emotional indicator that something is wrong somewhere, not since Dr. Martin Luther King, Jr. has its root causes within urban districts been identified and dealt with appropriately – most notably in the political arena, where opportunists have fueled the anger to protect their own careers. Now-a-days, race mongers such as Al Sharpton and Jessie Jackson prefer to sow the seeds of discord based on misplaced anger rather than identifying the root causes and attempting a peaceful resolve. It may be that these men are just as angry as those that they are leading astray. Proverbs 29:22 states: “An angry man stirs up strife, and a furious man abounds in transgression.” Therefore, it seems we may have a case of the angry leading the angry with no peacemaker in sight. As a result, our cities are erupting with a covetous spirit that has been birthed in anger and given rise to an entitlement generation that has allowed itself to be victimized instead of setting itself free. When all is said and done, those in these lawless districts have created a prison for themselves with bars that have been forged with the abuse incurred by fatherless homes, abject poverty, opportunist leaders and preachers, an overwhelming drug culture, and a godless environment.

All anger, whether it be the results of fatherless homes or violence in the city streets, escalates the perception of oppression of various forms – all of which emote feelings of justifiable helplessness, despair, and abuse. And many are a reaction of the lack of one’s control over their environment or circumstances coupled with the refusal to identify the real issues and their contribution to their own problems.

While the root causes of this angry generation can be identified and dealt with, instead those who should understand and should be intervening either stand in the shadows or have built careers by seizing the opportunity for profit or notoriety. And so the perception of oppression, coupled with humiliation and escalate the feelings of hopelessness and victimization. These feelings of despair easily justify violence. Realistically, anger has proven to be an overwhelming emotion that defies and obscures rationality.

But those suffering from some form of abuse or manipulation in the urban districts are not the only ones who are angry in America. There are others who are also justifiably and righteously angry. But even these have limited their scope of understanding. Unlike the urban anger, anger in suburbia and rural America is a reaction to what is seen in the news regarding the urban districts, which they do not understand. This reaction has turned many once rational-thinking citizens into racists and consequently sinners. Their anger is compounded by the betrayal of those who are supposed to be serving in government by their consent but instead have turned them into political patsies. The rise of the non-political politician is an expression of their anger. Unlike the founding fathers who experienced righteous anger, many of the angry in America are content to yell at the television but fail to take the appropriate and required action to dismantle the root causes of their of anger. They too have become self-imprisoned victims of the anger they embrace. And if they be Christians, they have failed to comply with the biblical admonition to set the captives free.

On the other hand, the Bible tells us to be angry but not to sin (Eph. 4:26). We are also told not to let the sun go down on our anger – in other words, don’t let anger fester and don’t give the devil a stronghold. I’m afraid we haven’t embraced those wise words. We have been content to pass judgment on what we don’t understand, and we have not taken the time to identify the root causes of the violence being manifested within our cities and the lawlessness of our government. In essence, it all comes down to godlessness and not esteeming others more highly than yourself, as Christ lived by example.

It is certain that we cannot do everything to dismantle the foundations of anger, but we can do something. If we don’t, we can expect the anger of the anarchists’ movement to spread exponentially and infect even the most stable communities nationwide. Should that be allowed to happen, America as we once knew it will cease to exist. Liberty will turn into anarchy and our Republic will turn into a democracy where the mob rules.

But how do we begin restoring sanity and destroying anarchy?

There are surprisingly many options we can choose from. For the police, the honorable among them need to stand and start demolishing the blue wall of silence when they see unjustified abuse. In other words, the good cops need to stand up against the bad cops. Don’t misunderstand me. I am not passing judgment on the police but I am proposing that some of the anger against the police may have its roots in a modicum of truth. Whether it be perceived or real, it still must be deal with.

For the preachers, they need to preach. They need to start preaching practical love and taking that message into the inner cities, where those living there are considered to be our neighbors and not some anomaly of humanity. And they need to preach that in Christ all things are possible and hopelessness is just an illusion. After all, hope always trumps over despair.

For the teachers, they need to teach. They need to teach that in America no one is bound by their perception of reality or their present environment, and that education opens doors where no doors were thought to exist. A free Republic cannot remain free when citizens are easily manipulated due to lack of knowing and understanding the truth.

For the media, they need to broadcast something other than victimization and racism, and voices other than the angry need to be heard within the nation’s cities.

And for the voters, they need to vote for candidates other than career politicians who speak life but keep them imprisoned with invisible walls of serfdom. A culture of life supplants a culture of death. Representatives need to lead their people into freedom and not keep them in perpetual bondage.

To conclude, America needs to wake up and identify the real root causes of the violence that permeates our culture, and then America needs to be pro-active in destroying those causes or eventually those causes will destroy us. In other words: awake, be aware, be active or die. Unfortunately, it’s that simple.

Next STOP THE DISCRIMINATION, End All Skin-Color Based Programs NOW