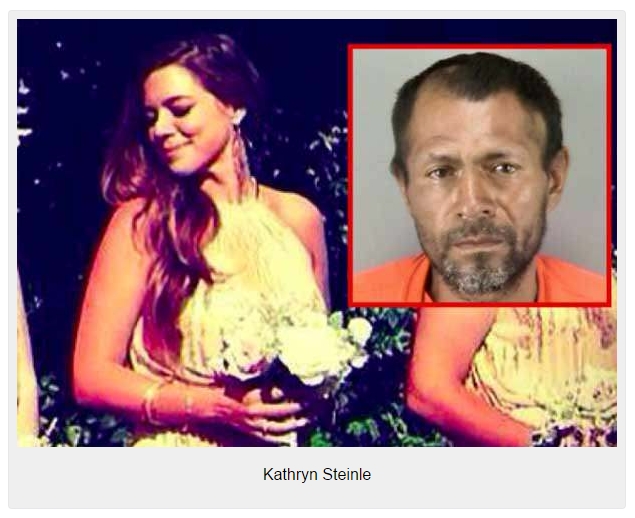 He suggested the gun went off without the trigger being pulled because it “has no safety.”

Steinle was shot and killed with a stolen handgun on July 1st, 2015, while walking on San Francisco’s Pier 14 with her father.

According to the Associated Press, Lopez-Sanchez’s defense to this point has been that he shot Steinle accidentally. The defense argued that Lopez-Sanchez found the gun wrapped in a t-shirt. He picked it up and it went off.


Prosecutor Diane Garcia countered this by suggesting that even if that were the case, Lopez-Sanchez “could have fired the gun anywhere, but he fired at Kate Steinle.” She accused him of “[playing] his own version of Russian roulette” with Steinle’s life.

Gonzalez responded by blaming the gun, a .40 caliber Sig Sauer that had been stolen from a federal agent who works for the Bureau of Land Management. He says the gun “has no safety” and claims “there is no evidence that [Lopez-Sanchez] put his finger in the trigger.”

It is interesting to note that Lopez-Sanchez reportedly told police at one point “that he was shooting at a seal or a black fish.”  He would need to put his finger on the trigger and pull it to do that.

Gonzalez does not deny that Lopez-Sanchez shared this explanation with police. Rather, he suggests Lopez-Sanchez only did so as part of an “awkward effort by Lopez-Sanchez to explain the accidental shooting.”

Previous [WARNING - GRAPHIC] Pay Attention! We’re On Our Own!

Next Misguided ‘Solutions’ For the Problems Of Madness & Evil