It is a proven fact that specialized and preferential programming based on skin color has not worked. It is has instead fomented acrimony, resentment, and a divided America.

With that factoid in mind, can anything more be done to poison the minds of blacks against America and specifically whites in America? Apparently Theodore R. Johnson, a former White House fellow and current Ph.D candidate in law and policy at Northeastern University, thinks so. 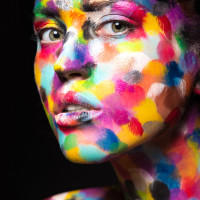 Johnson has determined: “Racial reconciliation is impossible without some kind of broad-based systematic reparations.” He argues that same can only be brought about by weighted voting where black votes count more than white votes. (We Used To Count Black Americans As 3/5 of a Person – For Reparations, Give Them 5/3 Of A Vote; Washington Post; 8/21/15)

Johnson says “a year of protests over disparate law enforcement practices, a decade of particularly sharp income inequality and centuries of imparity in America” prove his point pursuant to the need for “systematic reparations.”

This Johnson argues is the only way to right the wrongs, i.e., there must be an “inverting” of the compromise that valued slaves at three-fifths of a person to a black person’s vote being valued at five-thirds. Of course Johnson conveniently overlooks the fact that if said compromise had not been insisted upon by Republican legislators he and his family would be slaves today. (See: The Historical Illiteracy of Blacks; 4/14/2015)

Not the least of problems with Johnson’s racially balkanizing idea is how he would determine which blacks would have their vote inverted to five-thirds. Only slaves were valued at three-fifths of a person, said did not apply to freed slaves; how does he propose to determine those who were slaves and those who were not?

That notwithstanding, I would like to think that this was just a sick joke intended to foment discussion. But, I am confident it was in fact not a sick joke. In his article Johnson charts how voting districts and election outcomes could be manipulated to biasedly favor blacks if his idea were imposed.

He further uses the antiquated boog-a-boo that this is needed to make up for “abysmal [black] household wealth,” black unemployment, ad nauseum. The unpopular truth he conveniently omits is that blacks disproportionally stopped achieving when government started providing for them as a means of assuaging past wrongs.

This is 2015 and the same cures are being called for as a means of correcting the same problems that have existed since immediately after Franklin D. Roosevelt’s New Deal, Lyndon Johnson’s Great Society Initiative, and Richard Nixon’s race-based affirmative action programs. Add to that, Johnson resurrects the racially bigoted mantra of reparations predicated upon complaints of significant disadvantage by blacks, at the very time there has been a black man in the White House and on the heels of Democrats having held both halves of Congress for six years of his term in office.

It seems to me that if reparations were needed, the so-called black president whose party had control of Congress for six years would have advocated for same. After all, Obama has been very clear that he places black and Muslim interests above America’s interests.

Specific to what Johnson is advocating is the incomparable damage color-centric programs have done to America and blacks in particular cannot be denied. His is yet another jaundiced attempt to prostitute skin-color for the gain of the elites while the black proletariat continues to devolve into a zeitgeist of polarization and self-iinflicded immiseration.

America doesn’t need another race-based “get even” program, not the least of which is one that calls for the complete abrogation of constitutionality.

For America to advance, and specifically, for blacks to embrace modernity, America must put favoritism based on color of skin in a coffin and bury it in the same ash heap of history that Lenin, W.E.B. Du Bois, and Jim Crow are buried in.

America has spent trillions of dollars and literally redefined the ideas of “liberty, the pursuit of happiness, freedom and justice” for all, to mean deprivation of equal status if you are white and the institution of blame and animus as a means to advancement for blacks.

I believe America is better than that. I believe that the majority of Americans realize that fixation on skin-color-specific favoritism is retrogressive and divisive. I believe that it is pass time to extricate America from the clutches of those who advocate the end of parity and opportunity under the guise of equality.

Thinking persons know it that the aforementioned is not about equality or justice, it is about promoting resentment, animus, and a ruling class to control the administration of said acrimony.