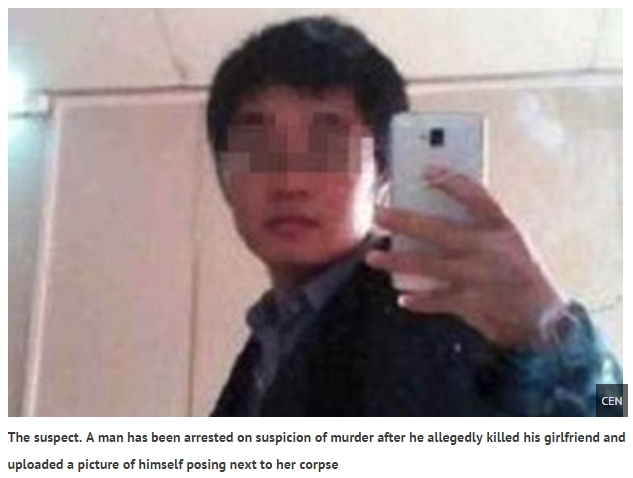 The man’s girlfriend – who is identified only as Lin – is alleged to have been killed after a quarrel between the two turned violent.

But what happened next defies belief.

Qin apparently snapped a picture of himself next to Lin’s dead face and then posted the picture online alongside a previous picture of the couple enjoying each other’s company.


The picture was captioned with the phrase “please forgive my selfish love” and went viral on social media site WeChat. 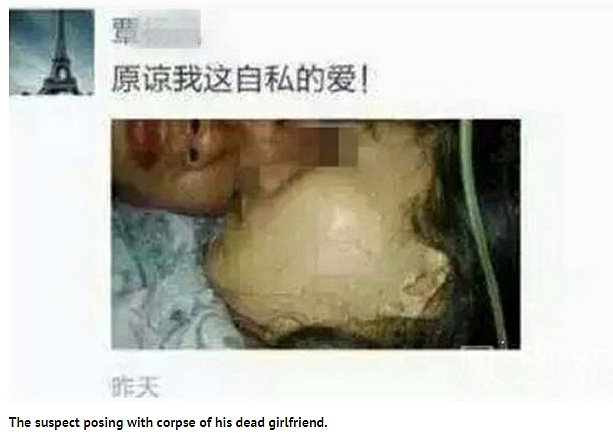 Thousands of users in China picked up on the image and spread it around the internet.

The authorities have refused to comment on the circumstances of Lin’s death, and whether they have yet recovered the body.

After he posted the disturbing image, it only took a few hours for police to capture him in Wuzhou. Photos of the crime scene show a wooded area with a saw in the background.

Authorities have reportedly refused to comment further on Lin’s death as the investigation is ongoing.

Next Florida Man Arrested In Burger King For Jerking His Junk