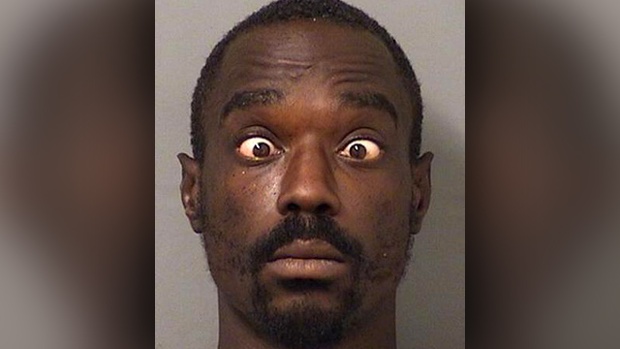 The arrest report of a Florida man suspected of indecent exposure is going viral today.

Jefferson King was arrested after a woman in a Burger King accused him of exposing himself.

According to WPBF, a witness told police that she saw Jefferson King, 33, exposing himself in a seat near the restrooms inside the restaurant. When the witness made eye contact with King and asked him what he was doing he replied, “What? I’m playing with my penis!” the report said.

More memorable than his mugshot is his one-liner when a female patron reprimanded him for his behavior. After repeated attempts to get him to stop, the customer contacted the manager, who told WBPF that he still continued to “stroke his penis.” Police were then called.

When speaking to authorities, King denied the accusations but they jailed him on indecent exposure charges.  He was released two days later on $1,000 bond.