Last night, Irving Texas Mayor Beth Van Duyne revealed that the family of Ahmed Mohammed has repeatedly refused to meet with city officials, refused to released records exonerating police conduct, and that President Obama had tweeted about the case even before pictures of the so-called “clock” were publicly available.

Appearing on Glenn Beck’s The Blaze TV, Van Duyne noted how reporting on the interaction between Mohammed and police had been remarkably one-sided, in part because the Mohammed family refused to release records noting:

“As a juvenile, they can not release those records. The school district, a number of times, has asked the family, to release the records, so that you can have the balanced story out there. The family is ignoring the request from the ISD.”

Van Duyne told Beck it would “help to describe why it progressed as it did” if the records were available. “Nobody is going to walk in and say, ‘oh you’re a 14-year old child, you’re totally cooperating, we have all the answers we need, let’s arrest you,’” Van Duyne added.

A spokesperson for the Irving Police Department has said there have been multiple open records requests for the full police reporting, but that those requests remained in the hands of the city’s legal advisor. The available police report describes the event only as, “…Arrestee being in possession of a hoax bomb at MacArthur High School.” 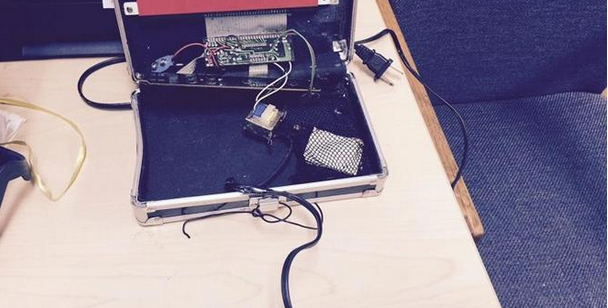 Van Duyne said that according to the information she had seen, Mohammed had been “non-responsive” and “passive aggressive” in response to questions from police officers.

The refusal to amicably resolve the situation continued as the family rushed to bring Council on American-Islamic Relations (CAIR) representatives into the case and repeatedly cancelled meetings with the school district and city officials before finally speaking to the media.

“We had tried to reach out to the family a number of times; this was before it ever even hit the papers on Wednesday,” Van Duyne said pointing out that the family repeatedly canceled attempts to discuss the matter.

“At the exact same time they were supposed to be meeting with us, they were on their front lawn with a press conference,“ she said.

Van Duyne also pointed out that President Obama, like many others, had rushed to judgment before the facts in the case had become available.

“We never even got a call from anybody at the White House asking to verify any of that information. I don’t think the picture of the hoax bomb was even released before he tweeted ‘cool clock kid.’” Van Duyne said.