The photo of a sign explaining store rules to customers at a Texas gun shop is going viral for the way it relates its message — hitting a hilarious bullseye with the no-nonsense words of warning.

The sign was first posted to the Internet by Reddit user TrueHysteria17, but it wasn’t long before the humor of the image sent it shooting around the web.

Hoping to train customers not to unholster their personal firearms brought into the shop, Alamo Tactical in San Antonio, Texas, posted an advisory letting customers know that there are “only three reasons to unholster your loaded firearm” in the store.

Next, customers are informed about the consequences of violating the rules. “If you do, the following will apply to each of the above,” the sign reads then giving what will happen if the rules are ignored. 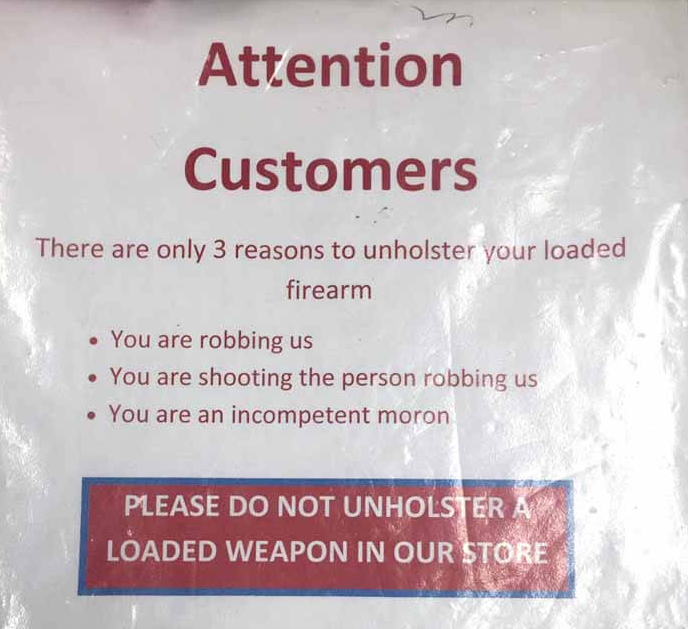 
Previous She Really Wanted The Job. What She Did Next Had Everyone In The Room Turning Red