What seemed to be an act by a Good Samaritan this weekend allegedly turned into a robbery in North Texas, according to a viral Facebook post.

Joshua Smith shared how his sister, Kimberly Smith, was involved in a rollover early Sunday morning near the President George Bush Turnpike in Irving on Facebook.

So my sister was in a roll over this morning (car rolled 3 times). Some guy stop to help her. Even found her purse and…

So my sister was in a roll over this morning (car rolled 3 times). Some guy stop to help her. Even found her purse and brought it over to her. She was still dazed and confused from the accident and he said he was gonna go get his cell to call 911. She begged him to just stay with her. He said don’t worry, I’m not going anywhere. He gets in his truck and takes off. With her wallet. All her credit cards. Id’s. Everything. And all this happened after she was trapped upside down and NOBODY stopped to help her. What the hell is wrong with this world!? If anybody has a “friend” that is bragging about robbing some girl after she flipped her car this morning, please be a real friend and let us know. He is described as a tall, skinny black male, in his 30’s, driving a red pickup truck. Kimberly some how managed to walk away from this. She is headed to the ER now. Please say a prayer for her. I hope this guy who stopped to “help” and everyone that did not stop at all, is not a majority in our society today. We are better people than that. Everyone please share this and maybe we can find this loser. Thank y’all. 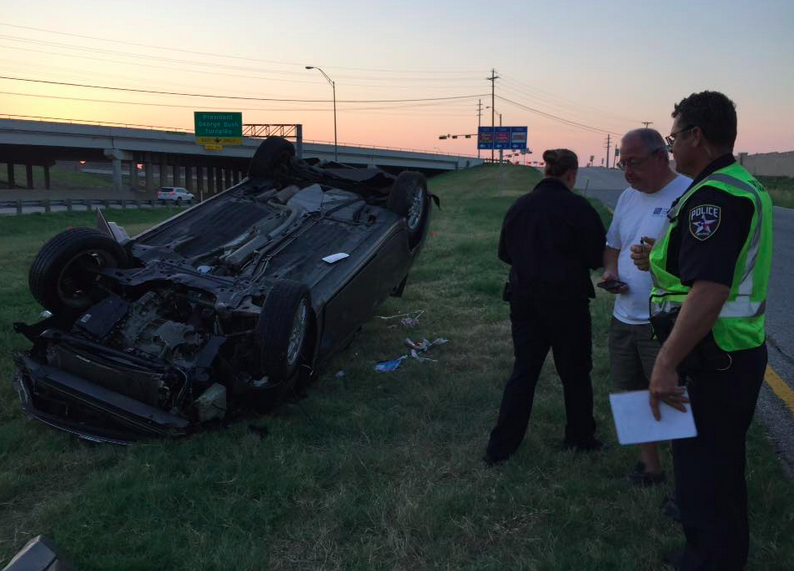 According to the now-viral post, a “tall, skinny black male” approached his sister who was trapped and acted as if he was trying to help her.

Irving Police Department Public Information Officer James McLellan told mySA.com he is unsure what caused Kimberly Smith’s accident but as she stood by her vehicle, “dazed and confused,” the man, described as being in his 50’s, brought her purse to her. 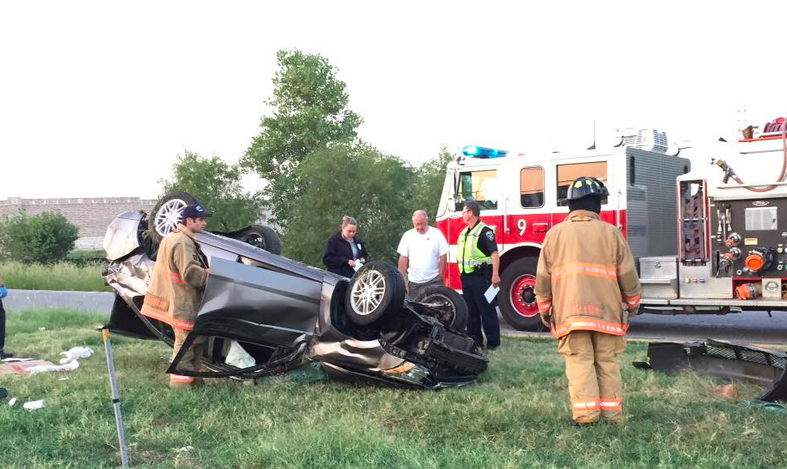 Next [Horrifying] Woman Sends Sexy Snapchat Picture & Sends It To....